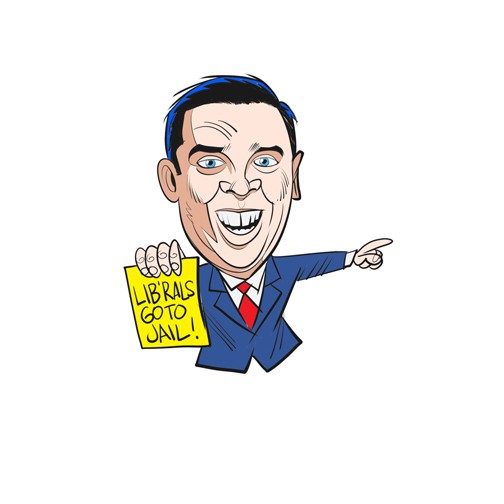 If binge-watching Orange Is the New Black has taught us anything, it’s that the justice system isn’t great or fair, especially for drug offenders.

Oklahoma might do something to remedy that a little bit.

If passed, State Question 780 would “reduce simple drug possession in Oklahoma to a misdemeanor,” KOCO.com reported.

However, Rep. Scott Biggs, R-Chickasha, is firmly against it.

Oh no! An Oklahoma representative is against something! Stop the presses! Or just consider it another normal day in a notoriously red state.

Biggs believes the measure would cause increases in crime and danger.

According to the Oklahoma Department of Corrections, 10 percent of prisoners in Oklahoma are jailed for possession of a controlled dangerous substance. Just last year, Oklahoma corrections director Robert Patton told lawmakers the state’s prison system is over capacity and dangerously understaffed.

While reducing the number of drug offenders in Oklahoma prisons would obviously have a significant impact, Biggs remains unconvinced.

“We don’t need to be the guinea pig for these liberal ideals that put the public at risk,” Biggs told KOCO 5.

Biggs believes SQ 780 would make “Oklahoma the most liberal in the country when it comes to drug laws” and has requested an interim study to compare Oklahoma’s drug laws to other states, KOCO.com reported.