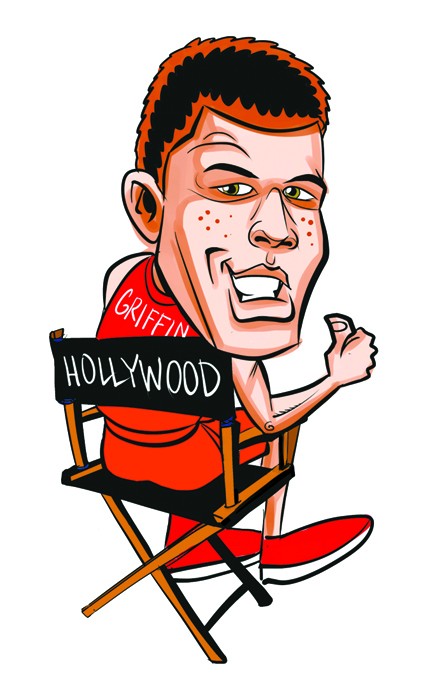 Move over, Saving Grace; there’s a new TV show giving Americans skewed ideas of what Oklahoma is like!

Oklahoma City-born LA Clippers star Blake Griffin is working on Okies of Bel Air, a semi-autobiographical animated series about a family of Oklahoma catfish farmers who relocate to Bel Air, Los Angeles after their son is drafted by an NBA team.

According to Deadline.com, the cartoon family will “struggle to preserve their down-home sensibilities amidst a vast cultural wasteland where Kardashian reigns supreme and pressed juice is considered a viable alternative to childhood vaccinations.”

Nothing is final, of course. The show needs to get picked up for anyone to see it, but it sounds like it could be fun.

Griffin is no stranger to the stage. There are even rumors that he might star in the next Space Jam film.

But the starring role most Oklahomans dream about isn’t Okies of Bel Air or dunking on Bugs Bunny — rumors are circulating that the OKC Thunder front office could be trying to arrange a homecoming for the former Sooners basketball player when he hits free agency next year.

Westbrook to Griffin does have a ring to it, huh? Maybe even a championship ring.