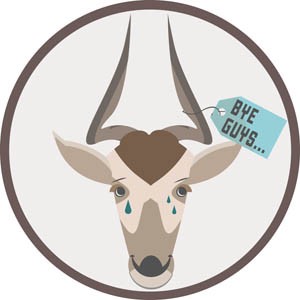 Make sure you have your ducks in a row if the feds come a-knockin’. A ranch outside of Hughes County learned that the hard way.

According to a Oklahoma Department of Agriculture, Food and Forestry press release, several arrests were made at Triple S Wildlife Ranch and Resort following a lead on several stolen all-terrain vehicles (ATVs). Executing a search warrant, officials found not only several stolen ATVs but two stolen tractors from another case. In addition, agents found that the ranch was indulging in several questionable practices, including administering drugs to practice what is called “green” hunting, where the animal is sedated rather than killed, and all manner of illegal taxidermy.

“Green” hunting is not illegal, per se, but requires a license for the heavy narcotics used in the process, which the ranch did not have, the press release alleged. Illegal taxidermy included several water fowl, which are illegal to sell by federal law, and specimens of endangered species including an addax, a type of endangered Saharan antelope and a scimitar oryx, which is extinct.

Print headline: Something is a-fowl at Triple S Ranch