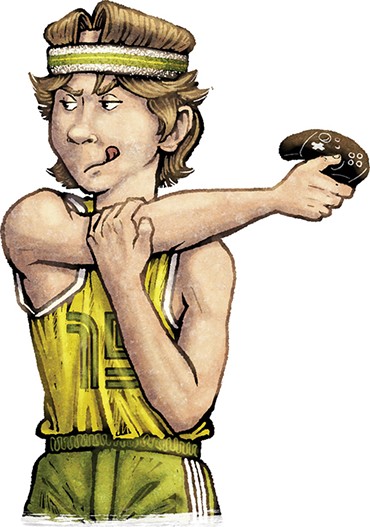 In news that’s guaranteed to get Grandpa started on a, “These damn kids nowadays with their purple hair and their Pokermans [sic]” rant, Oklahoma City University’s new E-Sports team, which held tryouts on Sept. 14, gives students the chance to play video games competitively against teams from other schools. You know, like a sport.

"The great thing about esports is that it crosses all boundaries,” Price said. “ I mean, it's, you know, all genders, all races, you know, any kind of ability or disability."

Student Austin Hogue, who tried out for the team, told KTUL that the university’s esports program has encouraged him to stay in school.

“This is kind of a life-changing moment for me because, like, I don't know what I’m going to do with my life,” Hogue said. “Music, as much as I love it, it wasn’t something I could teach because I have a stutter, and I just couldn’t get in front of large groups.”

Sure, it would be easy to argue that video games are basically just a waste of time with no significance in reality, and that’s exactly what makes the esports team fit right in with the university’s basketball, baseball, wrestling, cross country, golf, soccer, etc. teams. Fun fact: Since OCU doesn’t have a football team, Grumblin’ Grandpa never thought they had a real sports program anyway.