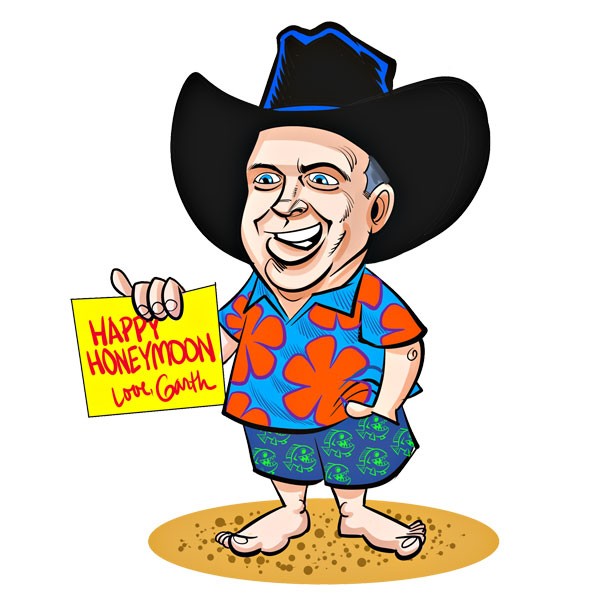 What better way to embark on the storied road to matrimony than with the blessings of the greatest-selling American music artist in recorded history? There are marriage proposals, and then there are the show-stopping question poppings like the one Drew Bargsley pitched to Chelsea Townsend during Garth Brooks’ July 15 concert at Chesapeake Arena.

During Brooks’ performance of “Unanswered Prayers” (one of Tulsa-born and Yukon-raised country megastar’s seemingly endless selection of bona fide hits), Bargsley dropped to one knee and asked for Townsend’s hand in marriage.

It is a good thing she said yes, because the commotion caught Brooks’ eye and he congratulated the couple from the stage. He asked Townsend where she wanted to go on her honeymoon. She shouted that she did not know. We forgive her. She was certainly still caught up in the moment.

“No idea?” Brooks asked. “Well, I tell you what, if you pick Hawaii, Miss Yearwood and I will pay for it, OK?”

The proposal happened during the final concert in the two-day, multiple-show Oklahoma City homecoming stop of Brooks’ world tour with wife Trisha Yearwood.

Of course, a generous gift like this always needs to be cleared with the Mrs. So, a few songs later, after Yearwood appeared on stage to perform, Brooks told her about the earlier proposal and his offer to the couple.

“Sure. Absolutely. Congratulations — but nobody else can get engaged tonight,” she added. “We’ll talk about my vacation later.”

Although we’re sure the couple probably have room in their spending budgets to fit in an additional gift vacation or two — Brooks and Yearwood’s combined net worth comes out to about $350 million, according to celebritynetworth.com — we here at Chicken-Fried News would like to compromise by proposing the more economic option of simply letting us tag along on the country crooners’ to-be-determined trip.