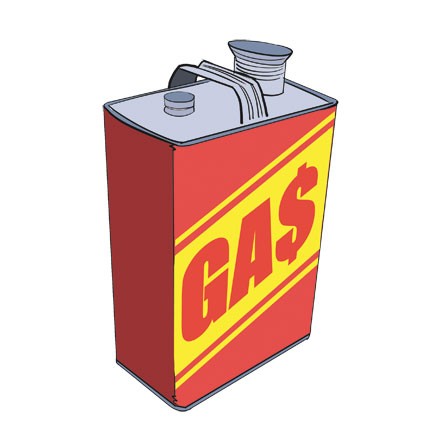 It was the year of the Iran-Contra affair and the Black Monday stock market crash, which was the largest one-day market crash in history. Who could forget The Bangles’ body-contorting hit  “Walk Like an Egyptian” or the yet-to-be-uber-famous young Johnny Depp in the undercover high-school cop television series 21 Jump Street?

Those were the days!

It was a memorable year. Three decades later, not much has changed.

After all, U.S.-Iranian relations are still rocky, the stock market is never a sure bet and people still do the sprinkler (and/or cabbage patch, worm or robot) to the Bangles’ song. (We at Chicken-Fried News recommend the running man.)

Oh, and Oklahomans still only pay 17 cents in fuel tax at the pumps.

That’s right! While other states have increased their fuel tax, the Sooner State has been moonwalking at 17 cents for going on 30 years. Long live the ’80s!

But wait. Now, state lawmakers are doing the electric slide into the modern age as they face a nearly $900 million budget hole for the 2017-18 fiscal year; they want to increase the gasoline tax.

“I am confident it will be discussed,” Rep. Earl Sears, R-Bartlesville, told NewsOK.com at the end of December as he performed the lambada with another lawmaker.

(We made up that very last part; we couldn’t really tell which dance move it was, but it looked totally rad! Please, Hammer, don’t hurt ’em!)

Had state lawmakers liked the 2016 gas tax proposal, which called for a 3-cents-per-gallon increase as long as gas stayed below $3 a gallon, the state could expect to collect $42.6 million annually, according to NewsOK.com.

The bill, sponsored by Sears, failed to move past a legislative committee last session. (Shut up, Ted.)

Maybe this session will be different. Oklahoma is on year three of burgeoning budget woes. Sooner or later, you have to modify. If 21 Jump Street can successfully be rebooted, then, dude, anything is possible!