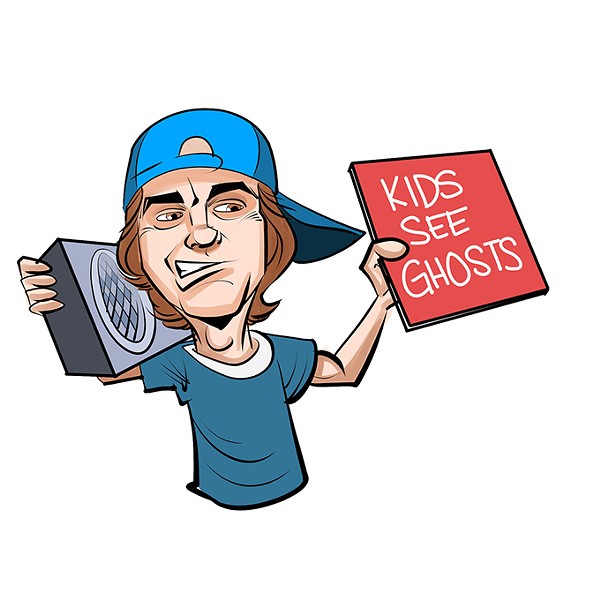 An Oklahoma City-based rapper is wondering whether hip-hop megastars Kanye West and Kid Cudi sampled — or perhaps plagiarized — one of his own songs on their new and incredibly popular collaborative album Kids See Ghosts. And while the claim sounds audacious, he actually makes a pretty compelling case for it.

In a guest editorial for the hip-hop-centric music blog DJBOOTH, local emcee Josh Sallee says he noticed immediately when he played the Kids See Ghosts song “Reborn” that the opening keys were nearly identical to those on his song “AWAYO” with Maryland rapper K.A.A.N., which also happens to be Sallee’s most popular Spotify song. In addition to eerily similar chords, Cudi chants “awayyyooowayyy” in the song and the melody does sound similar to the chorus on “AWAYO.”

Even if the songs sound incredibly similar, it does not necessarily mean one was sampled or copied from the other, right? After all, there are only so many keys to play in different patterns.

“The thought seemed just as ridiculous then as it does now as I type it out,” Sallee’s editorial states. “However, despite the fact that [producer] Blev and I are next-to-no-name musicians from Oklahoma, based on metrics alone, ‘AWAYO’ is our biggest song to date. Additionally, the song has circulated around much loftier circles than those we normally occupy. Shortly after the song’s release three years ago, we received a call from a Shady Records [a subsidiary of Universal Music Group co-founded by rapper Eminem] A&R, who expressed interest in the song for one of his artists. We sent them the beat with the hook, but we never received a reply.”

It is more than plausible that “AWAYO” crossed West’s ears in a corporate studio at some point, and obscure sampling choices are not unheard of from the rapper-producer (whose late mother, Donda West, was born and is now buried in Oklahoma). Still, Sallee does not seem to be that upset about a possible lack of credit on Kids See Ghosts.

“Do I think they did [sample ‘AWAYO’]? Honestly, probably not,” he wrote. “But I do believe the songs sound undeniably similar, and that alone was worth a discussion. Maybe an expert in music theory will be able to shed some additional light. Either way, it was fun to dream."