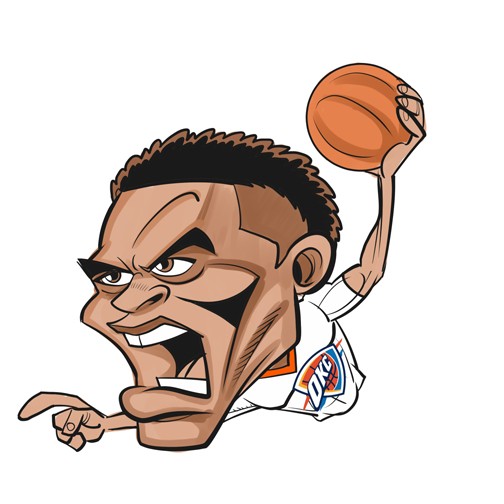 Just when you think you can’t be surprised by Russell Westbrook anymore, think again.

And then you remember he’s also an amazing basketball player. It would be hard for almost anyone to play alongside Kevin Durant without being overshadowed, but Westbrook is not so quietly doing something pretty amazing.

For you nonsporty types who might call it “hoopsball” or something, a double in basketball means you got a double-digit number in points, rebounds, assists, steals or blocked shots. A triple-double is when you knock out three of those categories in a single game.

Westbrook is having an amazing year, including capping off his 18th triple-double in less than 18 minutes.

Whatever happens to the Oklahoma City Thunder in the playoffs, let’s take a second to marvel at this strange happenstance. Who would have thought 20 years ago that not only would Oklahoma City have a professional basketball team, but one that is perennially in contention for a title with two of the most transcendent players in NBA history?