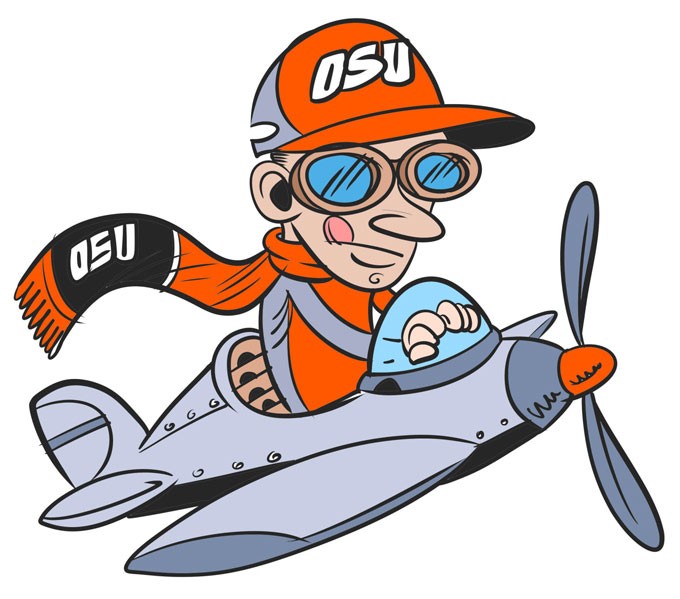 When college students are late, it’s usually because they lost track of time while binge-watching Netflix, or maybe they were finding it difficult to roll out of bed before noon. However, one soon-to-be college freshman had a valid excuse for being 30 minutes late to his freshman orientation: He was kind of busy cheating death.

Kenneth Caubble and his son Harrison rented a plane to fly from Jonesboro, Arkansas, to Stillwater, Oklahoma, for Harrison’s freshman orientation at Oklahoma State University. Everything was going well until they were 2,000 feet in the air and the engine began to stall, forcing the father-son pair to make an emergency landing in a nearby parking lot. As if free-falling from high altitudes wasn’t exciting enough, the plane caught on fire and flipped upside down before the two escaped. Miraculously, no Caubbles were harmed in the crash.

If this happened to me (or any other sane person), you’d never catch me on a plane again. Almost immediately after the crash, Harrison caught a flight with another pilot friend and still made it in time to register for fall classes. He plans on majoring in aviation. You go, Harrison Caubble. We’ll be here, on the ground.