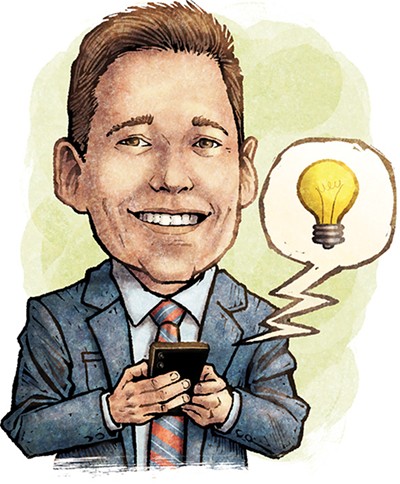 The Newseum — a shrine to the power of the First Amendment and the history of journalism — closed the doors at its seven-story, 250,000 square-foot downtown Washington D.C. building last week, and its future is uncertain.

Oklahoma Lt. Gov. Matt Pinnell has an offer for the museum’s founders: Have you considered Guthrie, Oklahoma? Specifically the State Capital Publishing Company Building downtown, the site of the first newspaper published in what is now Oklahoma when it moved to Guthrie in 1890?

Many of the obituaries written about the closing of the Newseum’s old location commented on the fact the opulent, multi-million-dollar building opened just as the economy cratered in 2008, kicking off an era of layoffs in the journalism industry, and the fact the Newseum’s $25 adult entry fee was in stark contrast to the free admission provided by Smithsonian museums across the street. People don’t want to pay to get around paywalls on newspaper websites; are they going to pay to get into a journalism museum?

Pinnell’s suggestion does come with plenty of historical significance. The Guthrie building operated as the only publishing company west of the Mississippi for a period of time, and the 111-year-old building is on the National Register of Historic Places, but its maintenance proved too costly for State Capital Publishing Museum, which closed in 2012.

Perhaps some of the $372.5 million Newseum owners received for selling the building to Johns Hopkins University could be used to upgrade a potential new home in Guthrie.