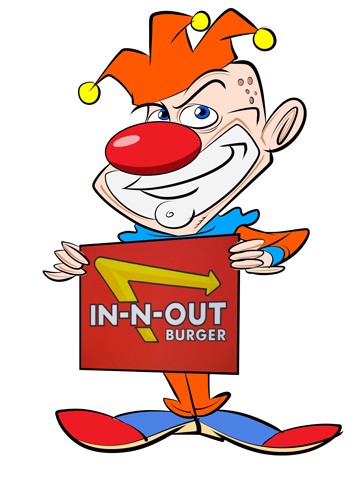 We appreciate a good April Fools’ joke like the rest of you, but what happened at the corner of NW 63rd and Northwest Expressway this year was nothing short of criminal.

“Hi, yes, police? We’d like to report a felonious case of getting our hopes up.”

A sign declaring “In-N-Out Burger Coming Soon,” showed up next to a lot for lease at the busy intersection the morning of April 1. Not realizing what day it was, people began commenting on a post from radio station Wild 104.9, equal parts intrigued and incredulous. Maybe the fact it was Easter distracted people from realizing it was also April Fools’ Day.

KFOR confirmed with an In-N-Out spokesperson that it’s all a prank.

“Although the recent article published and the freeway sign were a hoax and we do not have any immediate plans to expand there, we’ll be sure to keep OKC in mind as we continue expanding,” the spokesperson told KFOR in an email.

The In-N-Out expansion in Texas has been popular, but it still has to overcome regional allegiance to Whataburger and would be in a similar situation in Oklahoma.

It’s not like we were fooled into thinking we were getting something we really needed, like a drive-thru window handing out education funding.