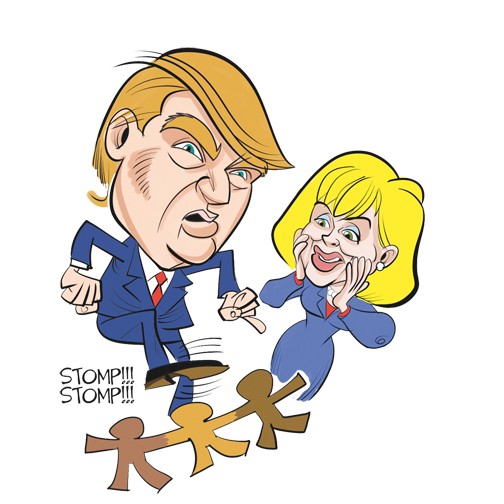 We here at Chicken-Fried News hate to be the ones to burst Oklahoma’s collective bubble, but there’s no way Gov. Mary Fallin will be Donald Trump’s vice president. Fallin herself denied it on CNN’s State of the Union on July 10.

“I have not been asked for specific documentation and have not had a specific conversation with any of his staff about being vice president. It’s certainly a great honor to be mentioned with numerous other people across our nation, but I have not been asked to provide any information,” Fallin told CNN’s Jake Tapper.

She also said she hopes the focus will be on candidates’ qualifications and not their gender.

What really sent her statements ricocheting across the internet was what the Oklahoma governor said about Trump and race.

“I think he is trying to campaign as a racial healer. I think that has been part of his message …,” Fallin told Tapper.

Her comments seem a bit underinformed in light of comments the presidential hopeful has made about Hispanic, African-American, Muslim and Jewish people — not to mention comments he has made in the past — but perhaps Fallin is right and he is trying to turn over a new leaf now that he is the presumptive GOP nominee.

July 15, Trump set everyone straight when he took to Twitter to announce that he chose Indiana Gov. Mike Pence as his running mate.  Pence is a social conservative who supported Indiana’s short-lived religious freedom bill that made it okay for businesses to refuse to serve LGBT customers.