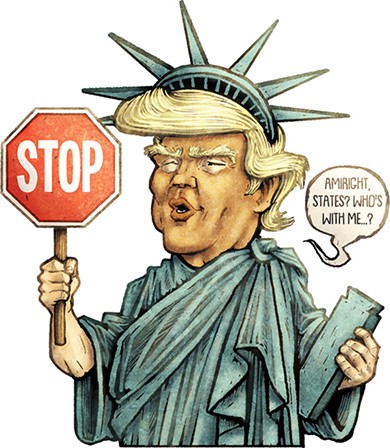 At the urging of Oklahoma faith leaders, Stitt sent a memo to U.S. Secretary of State Mike Pompeo that Oklahoma will continue to accept refugees, which is in compliance with a presidential executive order that allowed cities and states to opt out of receiving political refugees.

“Faith leaders across the state reached out requesting the State continue its history of accepting refugees facing dire political or religious circumstances in their home countries,” a statement from Stitt read. “As part of their relocation, these refugees undergo a thorough legal vetting process and are often reunited with family living in the States. I appreciate churches who have assisted these individuals, and stand ready to continue to do so, to ensure the success of refugees in our communities.”

The Trump administration has slashed the amount of refugees allowed to the enter the country — to just 18,000 in 2020 after accepting 30,000 in 2019 and 45,000 in 2018 — while it separates families and keeps children in cages of people from Central and South America who are seeking asylum from the very things allowed under refugee statutes.

Only about 206 refugees of the 28,052 refugees accepted in the country this year have settled in Oklahoma this year, according to The Oklahoman. Considering Oklahoma was founded as a haven for refugees in their own country, it only makes sense that the state continues to be a haven for allowing people to get back on their feet.