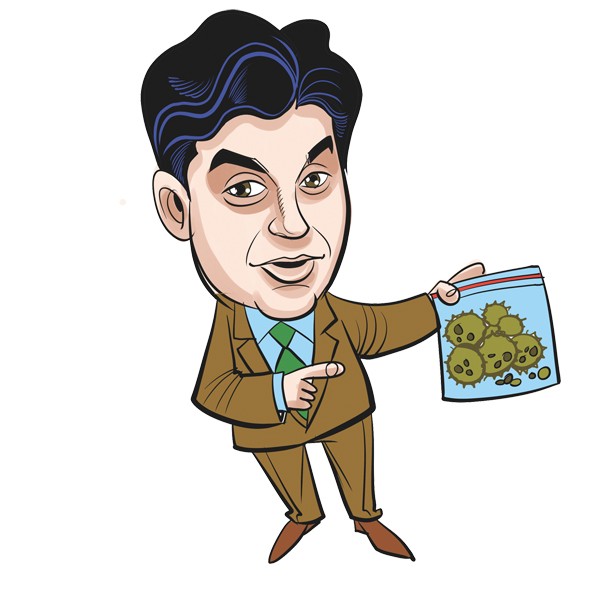 Teachers were promised a long-overdue raise, but without more money coming in, there’s no way to fund it except by cutting the budgets of other cash-strapped agencies.

That leads us at Chicken-Fried News to ask, Can Oklahoma toke its way out of its massive $878 million budget hole?

“I think [the revenue] would be substantial, because there are hundreds of Oklahoma families right now that are going to Colorado and paying a much higher tax than our bill would have allowed for in Oklahoma,” Proctor told CNHI state reporter Janelle Stecklein.

Earlier this year, Proctor tried to push forward a bill to allow medical cannabis use for specific conditions, including cancer, HIV and AIDS and Chrohn’s disease, but it received little support from other legislators.

Oklahoma would bring in about $65 million in new revenue annually if it legalized recreational marijuana and taxed it at 15 percent, Joseph Henchman, state projects vice president the nonpartisan Tax Foundation, told CNHI.

“It’s some money, but not enough to solve all your budget problems,” Henchman said.

“It’s not marijuana [that] is going to come along and save the state budget,” he told CNHI. “That’s not going to happen.”

If passed, the ballot measure would tax medical cannabis at 7 percent with revenue going to run and enforce the new program. Anything left would fund education and rehabilitation programs.

In the meantime, Oklahoma lawmakers recently changed the definition of marijuana via House Bill 1559, which Gov. Mary Fallin signed into law April 17.

Cannabidiol (CBD), if approved by the Food and Drug Administration, would not be considered marijuana. The FDA hasn’t yet approved any CBD.