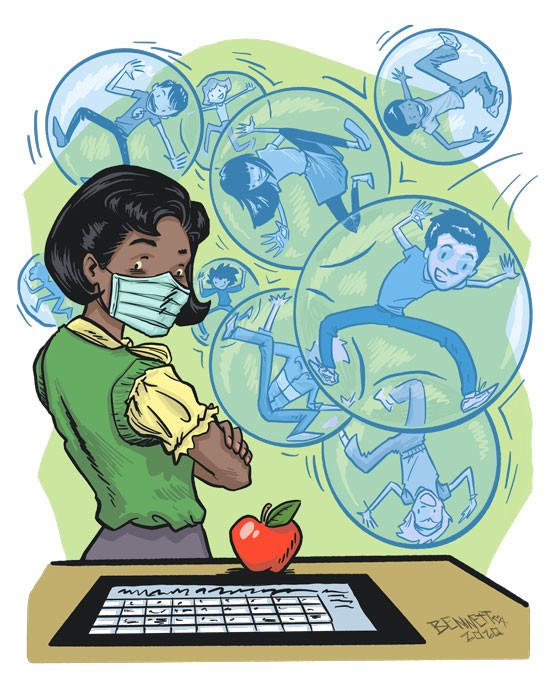 While the country is in the midst of a pandemic raging uncontrolled and ungoverned by anything resembling a sane, unified public health policy from leadership, much less a sane, unified public health front from the citizenry, many thought that maybe, just maybe, the line would be drawn at marching unsuspecting, trusting children and underpaid, overworked teachers into overcrowded classrooms and packed hallways.

What has already happened is what anyone with two functioning brain cells that aren’t mad at each other would suspect. A Westmoore High School student with a confirmed positive test result for COVID-19 knowingly went to school with the virus — reportedly the student’s parents did not understand the quarantine guidelines, and who can blame them? Again, there is no such thing as a cohesive public health strategy in this state or in any of the 49 others. Likewise, 23 members of an Oklahoma University sorority have been confirmed to have contracted the novel coronavirus. It’s strange that people packed in a house would communicate a highly communicable disease, right?

Instead, we are knowingly marching teachers and students alike into schools dressed like riot police for the worst-equipped department in the world with only cloth and paper masks, hidden behind plexiglass dividers because, as we all well know, viruses definitely do not travel around such barriers in enclosed rooms with recycled airflow.