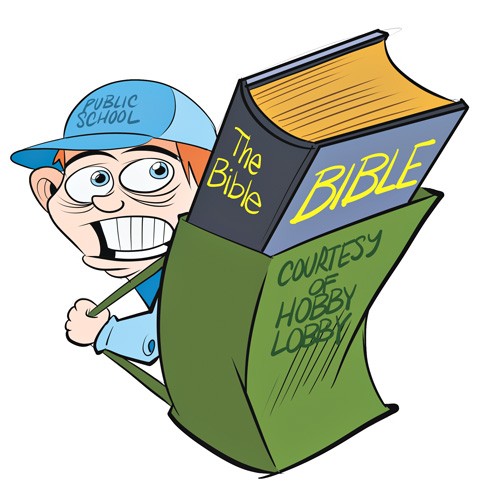 Remember back in 2014 when the Green family, owners of Oklahoma’s own Hobby Lobby, used its nonprofit wing to get the public Mustang School District to offer a Bible elective?

The curriculum was scrapped after objections from the American Civil Liberties Union (ACLU) and other groups for violating the separation of church and state. The effort was funded by Green Scholars Initiative, which is affiliated with the family’s Museum of the Bible.

It didn’t receive as much attention nationally as Hobby Lobby’s victory in the Supreme Court for the religious exemption from covering women’s contraception in company health insurance plans the same year, but like Michael Myers in Halloween, it only comes back stronger.

Despite the setback in 2014, the Greens’ push to promote a Bible curriculum in public education received a major boost, first with Republicans gaining control of all three branches of government and a majority of statehouses during the 2016 election, and last week with the opening of the much ballyhooed $500 million museum blocks from the U.S. Capitol.

The museum has been hailed as both a monument to interfaith cooperation and vilified as a propaganda tool to not-so-subtly influence public education curriculum on a larger level. The Greens said in a recent book that the museum is not a place to proselytize, but merely a place to interact with scripture.

From the gold-plated entrance with Gutenberg Bible-inspired gates to a soundscape of the 10 plagues, the museum has it all, except for the hundreds of artifacts the museum had to return after paying a $3 million fine for smuggling them out of Iraq.

The Greens have said the company was naïve in doing business with the shady world of artifact dealers. That actually sounds plausible, unlike their denials of trying to influence public education.