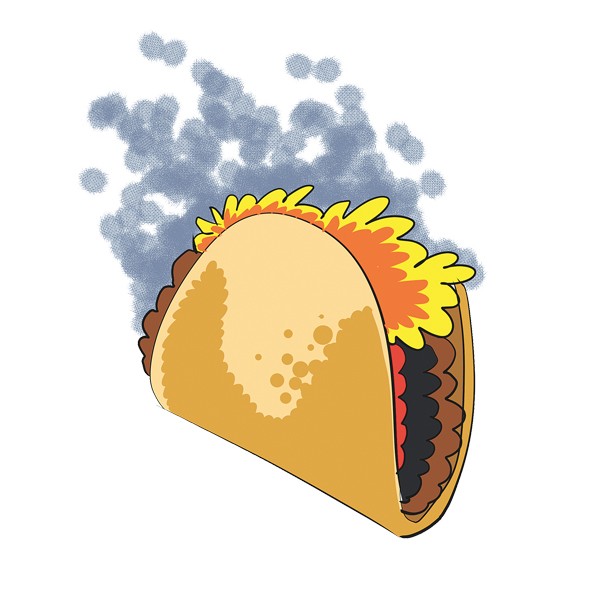 Many of us have eaten fast food and then spent the next day regretting the decision, but Oklahoma City police officer Shawn Byrne is literally making a federal case out of it.

Byrne and his wife are suing Taco Bell in United States District Court for more than $75,000 because of a very bad steak quesadilla.

He alleges that workers at the restaurant, 10830 N. Rockwell Ave., intentionally made him sick, causing him to miss weeks of work.

“After the person at the window took his order, he went over to two men employees and said something to them. They all looked over at him and started laughing,” court documents state. “As he drove away, he started eating the quesadilla. On the third bite, his tongue, throat and the roof of his mouth began burning.”

Byrne said he stopped eating, but the burning didn’t stop, despite him finishing his Mountain Dew.

“When he wiped the sweat from his eye, his eye began to burn,” according to the complaint. “It was all like what happens when someone gets pepper spray in the face and mouth.”

A visit to the doctor the next day revealed burned spots in his throat, forcing him to take more than 127 hours of sick leave and miss 68 hours of “extra jobs.”

According to court documents, two of the three employees who laughed at Byrne were convicted felons. Tests of the remaining quesadilla found “a high concentration of pepper and also tested for cologne.”

Gives new meaning to the term “special sauce.” But wait; there’s more! “Less than two weeks after the incident, he suffered an attack of appendicitis, which required surgery,” court documents state. Byrne’s doctor said the quesadilla “either caused or exacerbated the appendicitis.”

We know hindsight is 20/20, but the first clue he should avoid the quesadilla was the employees laughing. As former fast food workers, we at Chicken-Fried News know nobody working a drive-thru window should be enjoying themselves.