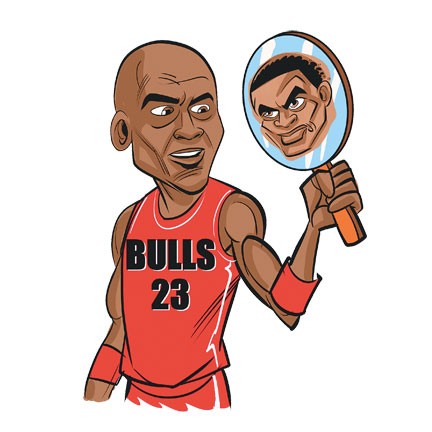 Twenty-five years ago, the famous “Be Like Mike” Gatorade ad debuted with clips of the Chicago Bulls’ Michael Jordan scoring big and chugging the lemon-lime noncarbonated sports drink from a glass bottle.

Sports fans and basketball players big and small hummed the catchy tune, “Oh, if I could be like Mike.”

While the popular commercial played, a young Russell Westbrook was still a few years away from picking up a basketball and playing the game inside a community center gym in the Los Angeles area.

That retired player is Jordan himself, according to the Associated Press.

Wow! Kudos to Westbrook for joining the Oklahoma Hall of Fame and receiving recognition from Jordan, who is widely regarded as one of the greatest players of all time.

Here at Chicken-Fried News, we think Westbrook is pretty great, too.

He’s a baller with mega talent and has a big philanthropic heart for OKC.

In fact, Gatorade should consider revising the commercial. We suggest changing “Mike” to “Russell.”

That’s a song many would sing.