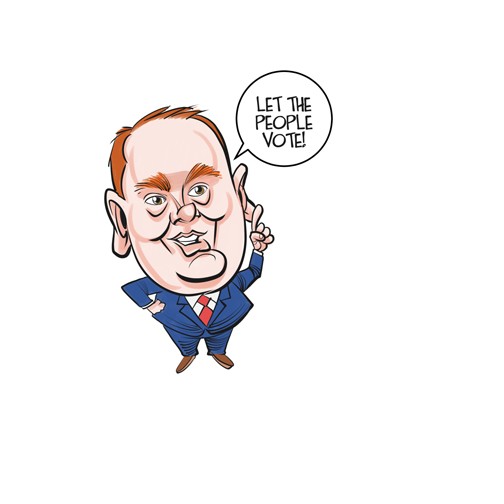 Minutes later, supporters of Our Children, Our Future submitted an initiative petition for a statewide vote on a one-cent education sales tax. In February, the grassroots group began collecting signatures.

About six weeks later, more than 200,000 Oklahomans signed the petition. The state requires around 123,000 valid signatures for the question to appear before voters in November.

“We think it just shows the people of Oklahoma really want a chance to vote on a comprehensive solution for our education problems,” Boren told NewsOK.com.

Move over “Okie Dokie” or “Thunder Up.” At Chicken-Fried News, we think “Investment time!” should be the state’s new catch phrase.

After all, we are facing a $1.3 billion state budget shortfall for the coming fiscal year. The impact will be felt by all state agencies, including public education, health, public safety and prisons.

It’s investment time, or basically time for lawmakers to stream more revenue into the state budget.

If no movement comes this session, it’s very likely another grassroots group, with the help of another well-liked and admired Oklahoman, could propose a sales tax increase to fund another state service — perhaps a penny tax for mental health treatments or road repairs projects.