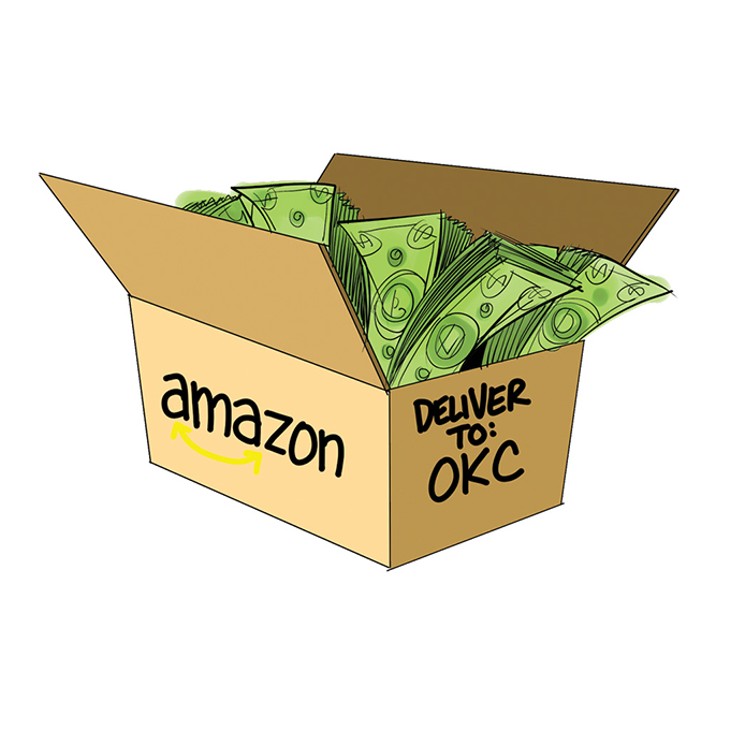 All of the tributes at the altar of the free market paid off last week when Oklahoma City officials announced that online retail giant Amazon will be building a 640,000-square-foot fulfillment center in south Oklahoma City.

Amazon plans to employ about 1,750 people at the center, which is the first cog in the transportation process from one-click shopping to your front door, according to The Oklahoman. The fulfillment center holds products that have been ordered and allows Amazon to have more of its inventory closer to customers.

In total, the facility requires a $146 million investment from Amazon, but that doesn’t include $1.7 million in public money from the city that will pay for 53 managerial jobs and road improvements. This public investment pales in comparison to the estimated $123 million in tax breaks Amazon received from Ohio in four separate deals since 2014, according to Bloomberg, but it’s certainly not insignificant.

Amazon CEO Jeff Bezos recently unseated Bill Gates as the world’s richest man with a fortune over $112 billion. The Atlantic reported earlier this year on the negative impact on one of its warehouses in San Bernardino, California, which saw the percentage of people living in poverty rise and median household income fall over a five-year period before and after the facility’s opening.

A recent study by Policy Matters Ohio showed that more than 700 Amazon workers were on food stamps, meaning the company owned by the richest man the country doesn’t pay a living wage.

But hey, we got more jobs! Just get ready to go to work with your bootstraps attached so you can work extra hard and get out of poverty like a true American.