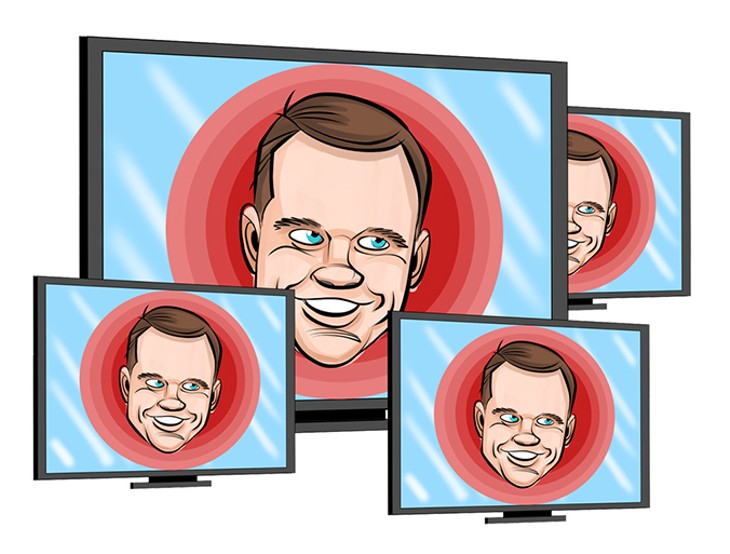 If you live in the Oklahoma City media market, you can be forgiven for thinking Lt. Gov. Todd Lamb was having the Oklahoma Governor’s Mansion measured for drapes and gun ranges.

Lamb ads absolutely flooded OKC television viewers this spring. They started in April with the cute-but-benign “Go, Dad, Go!” spot featuring daughter Lauren and then veered into implied violence territory with an ad showing Lamb with a laser pointer aimed at his chest and capped off with an appearance by Brylcreem-encrusted internet troll Donald Trump Jr.

Subsequent ads ran the gamut of standard-issue political effluvia. These included a text-heavy animated production that looked like a lyric video for a government waste-obsessed alt-pop band, an education spot in which a classroom full of kids tries to ignore the middle-aged man in the white dress shirt yelling about administrative costs, the pro-military defense of Oklahoma testimonial from Gen. Tommy Franks and, finally, a “Harry and Louise”-style couple giving the campaign summation over clips of Lamb patting a baby’s foot in front of a church and shaking hands with a real American in front of a wall of assault rifles.

Lamb ads were everywhere in the OKC market, and comparatively speaking, former OKC Mayor Mick Cornett’s ads were sparse, to say the least. So, when Cornett and Gateway Mortgage Group CEO Kevin Stitt beat Lamb in the June 26 primary, it shocked most political junkies on the southwest end of Turner Turnpike. It turns out Cornett had Oklahoma City and its surrounding area locked down hard and made significant inroads into Tulsa with some heavy ads up there, where he is less known for his Metropolitan Area Projects (MAPS) accomplishments and Ellen appearances. Jenks businessman Stitt, who had a home field advantage in the Tulsa market, trailed Cornett by 22,344 votes but beat Lamb by 2,451 votes.

One lesson from all of this is that viewers should never assume that media saturation means guaranteed success. When this happens, it’s usually an indicator that the candidate needs desperate shoring up in the given media market.

The other is that after Lamb served eight years under Gov. Mary Fallin, voters couldn’t get the lyrics to “Mary Had a Little Lamb” out of their heads and wanted no more of the fleece.