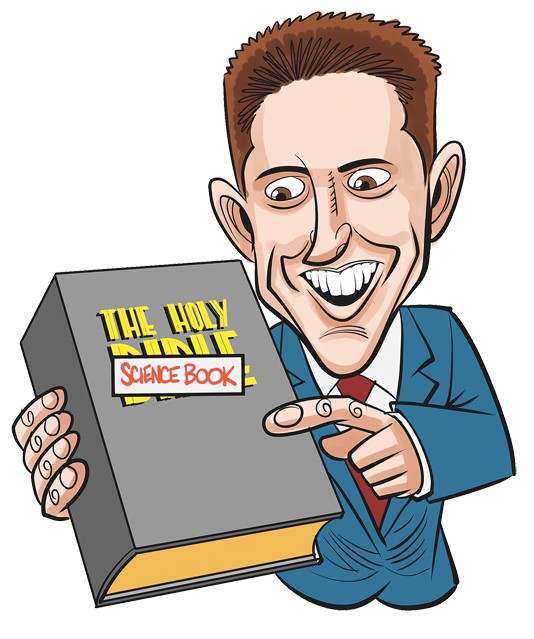 Nobody can tell that to Oklahoma Sen. Josh Brecheen, though. For years, the Coalgate Republican has proposed legislation that many say would force science teachers to educate students about creationism.

This year, his Oklahoma Science Education Act (Senate Bill 393) outlines mandates “providing for the creation of a school environment that encourages the exploration of scientific theories,” which many believe includes “scientific controversies” such as the religious belief that a divine being invented all of life (and the entire universe) out of nothing at all.

But is it scientific? The official Chicken-Fried News fortune-telling Magic 8-Ball tells us, “Don’t count on it.”

National Center for Science Education calls SB 393 an “antievolution” measure, though that word — along with “creationism,” “intelligent design,” “creation science” or “flood geology” — are not mentioned in its language.

Instead, Brecheen’s bill proposes that Oklahoma teachers “find effective ways to present the science curriculum as it addresses scientific controversies.”

It sounds fair enough. Now, Brecheen’s challenge is to convince everyone that an opinion — literally “a belief stronger than an impression and less strong than positive knowledge” (Merriam-Webster) — is the exact same thing as the most reliable, fact-based form of scientific knowledge, which is “a way of thinking that values observation and data instead of fanciful ideas about the order of things” (vocabulary.com).

His grasp of basic scientific method — and basic English vocabulary — is exceptional. OK; it’s about as good as most Oklahomans’, which ain’t super great. After all, Brecheen is a proud product of the Sooner State’s pubic education system, just like the rest of us.