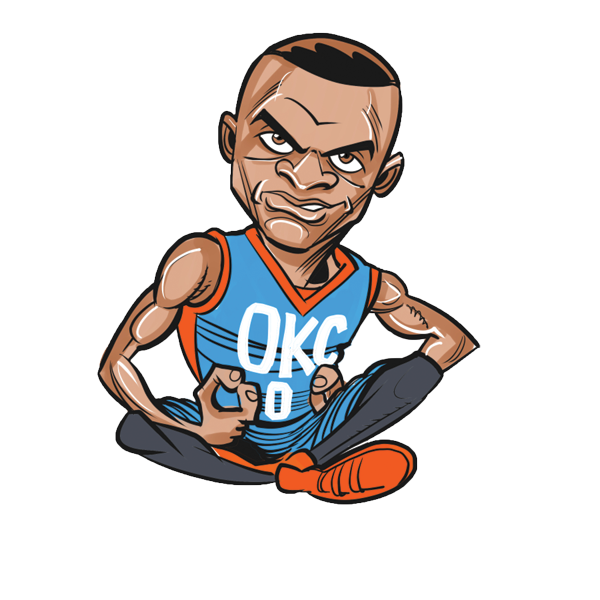 The Emo King of OKC, as only people who wish to be harmed call him, recently announced that he’s done getting technical fouls trying to argue bad calls.

While you spent your summer chilling out and relaxing, Westbrook was hard at work, studying game film and coming to a tough conclusion: Refs, like parents, just can’t be argued with.

“Once they make a call, they ain’t changing it,” he told ESPN. “Took me a while, but I learned it.”

Westbrook led the NBA last season with 17 technical fouls, which is just one foul shy of being able to legally vote.

Exactly none of the referees changed their minds about any of those technical fouls.

So, instead of blowing up like whoa, Westbrook vowed to stay calm and follow the advice of Queen Elsa and let it go.

We applaud this new direction, with one minor addendum. Why not outsource Westbrook’s rage to Steven Adams? He is the Chewbacca to Russell’s Han, so give the signal and let the Wookiee loose to rip off some ref arms.