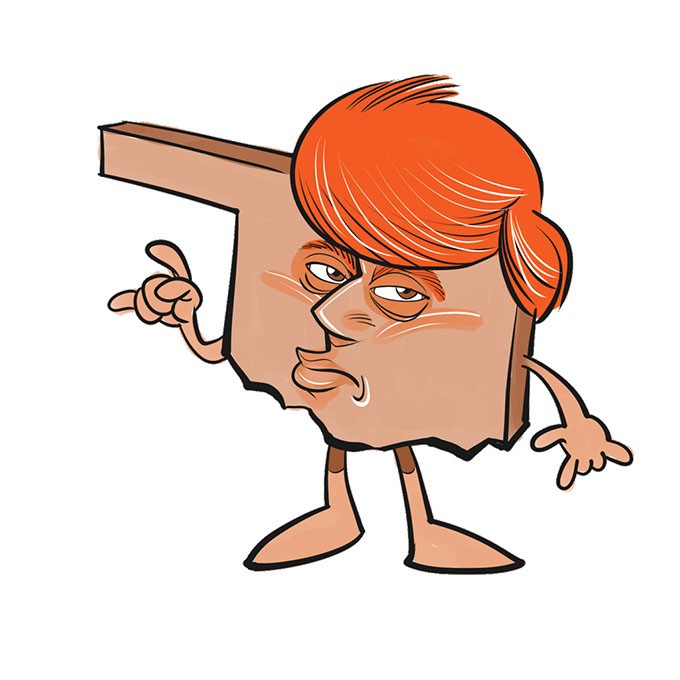 Real estate blog Estately recently rounded up U.S. states most and least like presidential candidate Donald Trump. Comparing seven metrics like “percentage of residents married three times or more,” “percentage of people who brag on social media,” “bankruptcies per capita for 2009-2014” and others, Oklahoma ranked No. 2 nationally for being most like Trump.

The truest test, though, wasn’t even a consideration in Estately’s data crunching. We have no idea how many of our residents own cats with Trump-like comb-overs. We demand a re-vote!