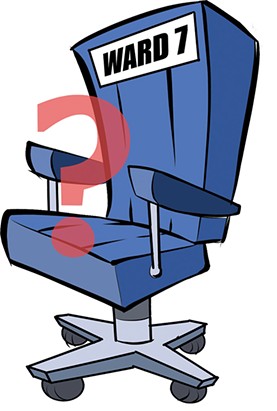 Oklahoma City Council is rich in diversity and proudly mirrors the community it represents, more or less. James Greiner, representing Ward 1, is a conservative voice on the council whose appreciation for the arts is evident by his time spent as a graphic designer for Hobby Lobby. Arab-American doctor Ed Shadid represents Ward 2, while Larry McAtee represents Ward 3. To outsiders it might seem that McAtee is your average old white guy politician, but the grandfather of nine is much more than that. McAtee brings his advocacy for primary education to the council like Santa Claus brings cookies to his hard-working network of elves on Christmas Eve. Todd Stone is a former Oklahoma National Guardsman who owns a small business in south OKC and represents Ward 4 on the city council. With degrees in accounting and business, David Greenwell, representing Ward 5, might seem like the nerd of the council, but with his retro glasses, he makes being a nerd look pretty cool. Meg Salyer lends a woman’s voice to the council, representing Ward 6, while attorney Mark Stonecipher represents Ward 8. The council works under the leadership of Mayor David Holt, the first Native American mayor of Oklahoma City.

In May, John Pettis Jr., who represented Ward 7 on the city council, resigned after he was charged for allegedly embezzling at least $165,000.  In what can only be described as a unified plea for divine intervention, the council unanimously voted to temporarily replaced Pettis with Rev. Lee Cooper Jr. until the public elects a new and permanent Ward 7 representative. Cooper has served as senior pastor for Prospect Missionary Baptist Church for more than 30 years.

Running to permanently replace Pettis Jr. on the council are eight locals we presume are wacky just by the fact that they are running. John Albert Pettis’ dad, John Albert Pettis Sr., is running but has remained somewhat under the radar since announcing his run for the position. Ed Alexander is a retired manager of General Motors who hopes to reduce utility bills for Ward 7 residents while Kirk Pankratz is the founder and former pastor of Church of the Harvest. Leslie Johnson III is an art teacher who hopes to advocate for job creation if voted in as councilwoman while Nikki Nice, 37, is a radio co-host who wants to strengthen Ward 7’s neighborhood and schools. One of Chris Harrison’s top three priorities is strengthening health care options for Ward 7 residents while Lisa Butler said her focus is on the economy. Margaret Walsh pulled a move that most of us make while driving through Starbucks for the fifth time in one week. She attempted to withdraw her name from the ballot but missed the deadline, she said. Girl, we’ve been there.

In all seriousness, there is something incredibly lovable about a city council diverse in age, gender, race and ethnicity but who come together (we imagine) as friends for the sake of bettering their community. To whoever wins the seat for Ward 7, we ask that you keep your business kosher, free from any possible criminal charges or political scandals. Be as nerdy, jolly, different and all-around weird as you’d like to be though, and you’ll fit right in.