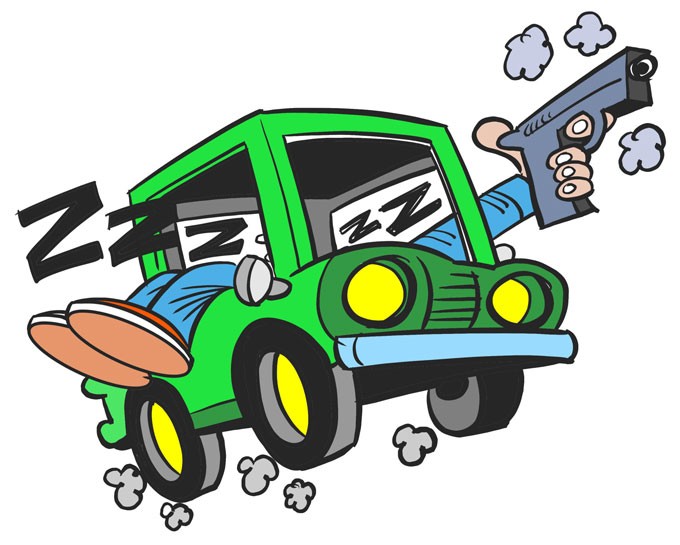 Some people like a Serta pillow-top mattress and a teddy bear. But Oklahoma City Police said 23-year-old Justin Allen Brown prefers catching a few Zs in a Honda Accord, snuggled up to a handgun.

According to reports, when an officer approached Brown sleeping in his parked car Thursday morning near NW Third Street and Klein Avenue in Oklahoma City, it startled the erstwhile napper and the officer saw he had a gun.

Brown allegedly drove off, instigating a car chase that lead north to Penn Square Mall and the Belle Isle Wal-Mart, where he “swerved in and out of traffic and fired multiple rounds at pursuing officers,” said Police Capt. Paco Balderrama.

“We are recovering, literally, shell casings all over the city,” he said.

Despite firing multiple shots, police say they apprehended Brown without ever firing on him — probably because the chase ended when the Accord plowed into a storage container.

No police or bystanders were injured in the chase. Brown, meanwhile, has been able to get his slumber inside the Oklahoma County Jail, albeit without the comforting embrace of his gun.