Chicken-Fried News: Many of you are not Oklahomans 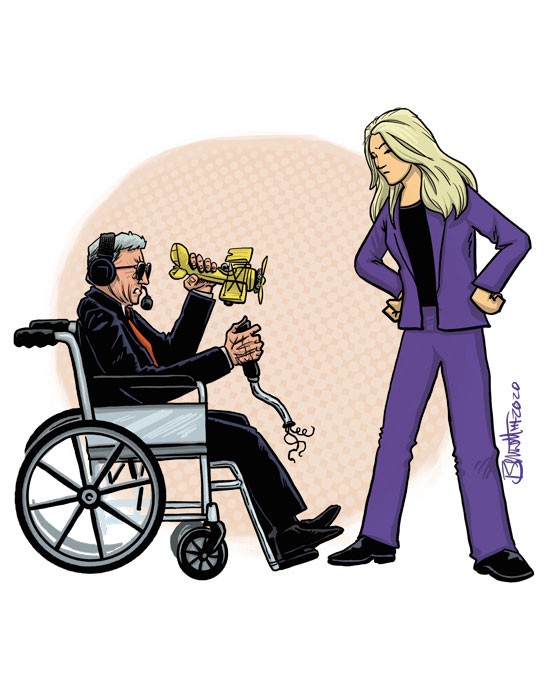 If you thought the Bice v. Neese campaign ads were hilarious, you have got to see what ol’ Jim Inhofe is pumping into the public airwaves these days. Inhofe’s reading of the political climate is exactly what you’d expect from an 85-year-old man who has been out of touch with the average person’s life for decades. Or maybe it’s how the average person living outside of an urban area in Oklahoma feels. Who the hell knows? We’ll all find out on Nov. 3. Inhofe’s ads are nothing new, just more overwrought boogeyman stories and sucking up to Trump’s base that every right-wing politician has been overindulging in this election cycle, complete with riot porn and slow-motion wide shots of Americana slices. Throw in a few law enforcement uniforms. Throw in a lot of them, actually, and you have your Inhofe ad. To hear him tell the tale, Abby Broyles and everyone left of him swaps out their suits for Antifa masks at 5 o’clock every evening and hits the streets. “Those people are called socialists, liberals, progressives. They are not called Oklahomans,” according to the ad. Um, what? Woody Guthrie, anyone? Or, you know, the more than a million who don’t spread the American flag across their ass cheeks to go swimming or wear a MAGA hat to cover that bald spot. Checking out Broyles’ campaign website, voters are smacked in the face with insane subject headings like, “Climate change is real” and “Decriminalizing marijuana.” Gosh, what a radical. Broyles certainly isn’t the candidate Inhofe paints her to be, but what she is is sane, rational and most of all, youthful enough to live with the future she crafts on Capitol Hill.