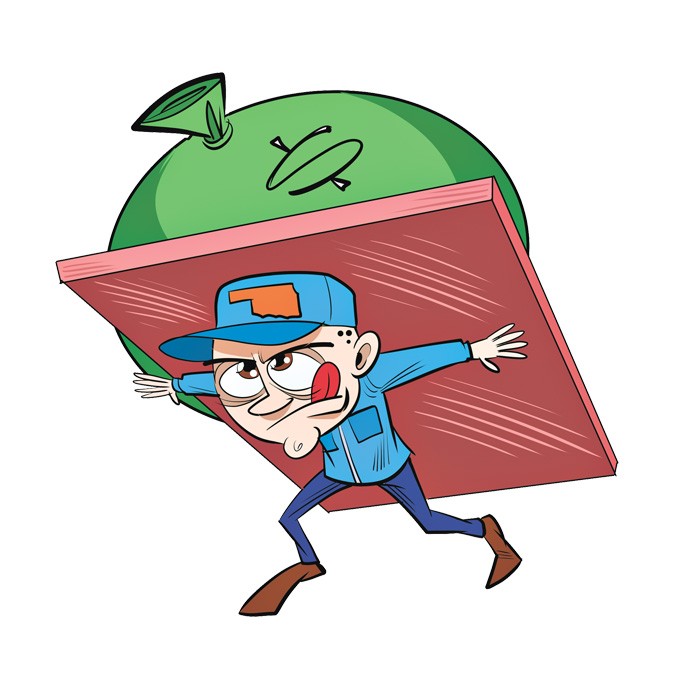 Oklahoma law requires state construction projects to use materials manufactured in the state, but only if the local bid is less costly than outside options. One small town mayor is upset with the state’s decision to use Chinese marble to refurbish the Oklahoma Capitol.

Chances are, you haven’t been to the small, but aptly named eastern Oklahoma municipality of Marble City, near the Arkansas border.

The town of 263 people is located in Sequoyah County and is close to Oklahoma’s only marble outcrop, according to the Encyclopedia of Oklahoma History and Culture.

Marble City Mayor Tamara Hibbard expressed concern about the state’s choice of a Chinese vendor to install 25,000 square feet of marble in a $3.5 million project.

Hibbard told The Oklahoman that the marble from her town is helping put local residents to work, but Chicken-Fried News has to wonder how they’re getting prices.

A bid from Polycor, a manufacturing company that uses marble from a Marble City quarry, came in $2 million dollars over the allotted budget, according to The Oklahoman. The Chinese bid not only came in $10,000 under budget, but also outperformed the Oklahoma marble in density, strength and water absorption.

How can it cost so much less to ship marble, which last time we checked is pretty heavy, all the way from China than from Sequoyah County? Let’s go on over to the Wikipedia page for Marble City to look for clues … We wish we were making this up, but there is an uncited note at the bottom of the page that says “The small community is known for a corrupt town government and a police department that will ticket anyone speeding at 26 mph in a 25 mph zone. If you are coming down the big hill, watch your speed!”

Hmm ... maybe that’s where the extra marble bid money was supposed to go.