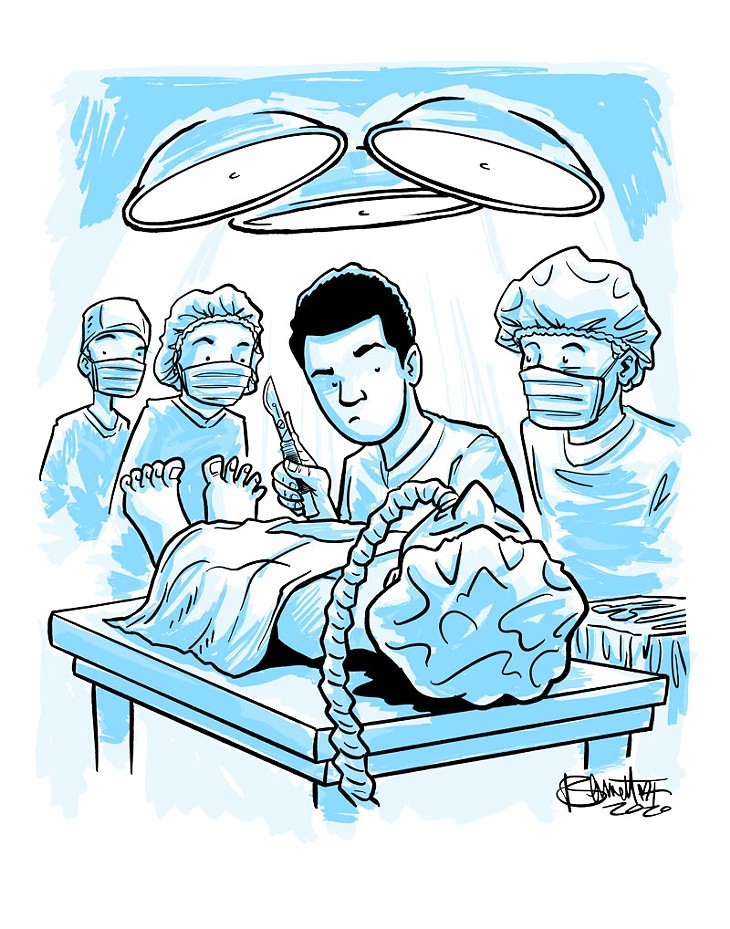 Once Tulsa began talking seriously about implementing an indoor masking policy in public places, it was only a matter of time before Oklahoma City Mayor David Holt decided to keep pace with his BFF, Tulsa Mayor G.T. Bynum.

But while hospital beds were filling to capacity in intensive care units across the metro and Integris was reopening to cope with the explosion of patients, it was announced as a topic of discussion for the following week like a budget line item rather than a measure that could potentially end what seems like a turnpike rivalry between Bynum and Holt to see who can ratchet their city’s COVID-19 numbers up faster. By the time it was all said and done, Oklahoma City had a toothless mandate that its own police department more or less announced on social media that it was not going to bother enforcing.

Even more bewildering is Holt’s own social media post, complete with a masked selfie (of course), about OKC becoming “the 49th top fifty American city where it is required to wear a mask in indoor public places.” We are really at a point where being next to last is used as a brag rather than a shameful reminder of Republican inaction.

But then again, it’s wholly unsurprising when he is trying to please his party superiors, Gov. Kevin Stitt and Donald Trump, whose own inaction is a case study in disaster.

Maybe it’s time for Holt to stop pretending to be a leader for social media clout and try it out in the real world.