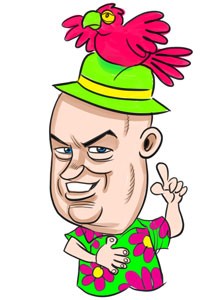 Joe Dorman for mayor? Well, as much as the watermelon lobby might want it, it has never been a possibility, despite a claim by Oklahoma Gazette last week that Dorman was a former mayoral candidate and state senator.

Dorman is a former state representative and was a Democratic candidate for governor last year. He also appeared on the cover of last week’s Gazette sporting the endangered hoodie but without his traditional goatee that might have made him harder to recognize.

Mistakes aside, “Mayor Joe” might have a good ring to it.

Dorman’s Jimmy Buffett-style Hawaiian shirts would add color to the council horseshoe, and he would no doubt have fun ordering the city’s police department to up traffic enforcement around the governor’s mansion.