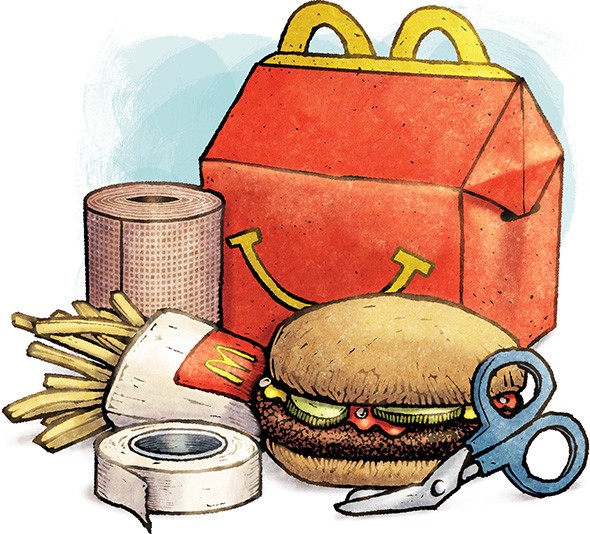 We all know that hospital food usually isn’t the greatest, but a man in Tulsa took extreme steps to avoid eating there when he went to a fast food restaurant after getting shot in the leg but before proceeding to the hospital.

Tulsa police believe a man was shot in the leg with a .357 Magnum revolver during a domestic dispute, according to Tulsa World, but an ambulance was dispatched to pick up the injured man at a local McDonald’s.

The ambulance was called around 5:30 p.m., which means it’s possible that the McDonald’s ice cream machine was still working. There’s no indication what, if anything, the man ordered while waiting for assistance. We like to think that the man was chilling, using some napkins to stop the bleeding while munching on a Quarter Pounder to get protein for strength.

It’s not like McDonald’s employees haven’t seen worse violence. Remember the outrage from Rick and Morty fans when the chain brought back its Szechuan Sauce after two decades and struggled to meet the demand?

The report says the man and the woman at the home provided different versions of events, and no charges have been filed as of early last week. We hope that it was an accidental shooting and everything turns out to be OK. If nothing else, maybe the man can turn the incident into a sponsorship opportunity. They can use the tagline “McDonald’s: It’s way better than hospital food.”