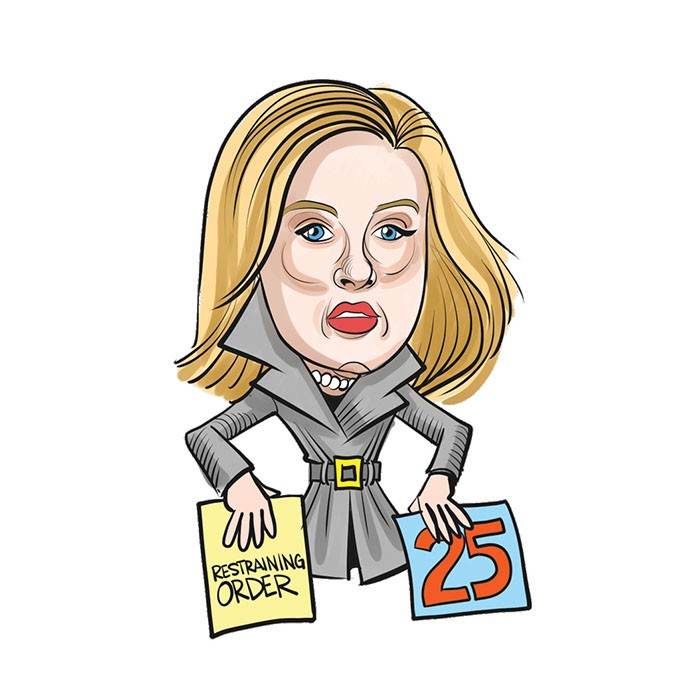 A group at the University of Oklahoma is running a campaign for Stalking Awareness Month, which is fine; stalking is bad, and you should never do it. But you should also pay attention to literary devices like hyperbole and metaphors in song lyrics and maybe not overthink pop songs.

Posters for the campaign feature a quote from Adele’s hit song “Hello” on her new album, 25: “I must have called a thousand times.”

Conservative news and opinion website Breitbart.com posted a photo of the flier, showing a note under the quote that says, “Even great songs can normalize sexual harassment.”

News of the fliers and their message have been reported in newspapers and on websites all over the world, including those in the United Kingdom and India.

British music magazine NME reported that Maroon 5 lyrics “Baby, I’m preying on you tonight. Hunt you down, eat you alive” from “Animals” also appear on posters around the campus.

“To begin a much needed conversation about harassment on college campuses, the University of Oklahoma Gender + Equality Center used popular songs that students listen to, to attract students’ attention and to bring awareness to subtle messages in popular song lyrics. The music examples were used to demonstrate how aspects of popular media could be interpreted to normalize unhealthy relationship behaviors,” Kathy Moxley, director of the Gender + Equality Center, told Fox News.

We would just like to point out that if you tried hard enough, you could interpret many aspects of popular media in an offensive or dangerous way — like your friend who can twist anything you say into dirty gutter talk.

So you can take 25 off repeat now — or you can return to your normal habits and decide not to be bothered by absolutely everything and skate a line between awareness and censorship; your call.