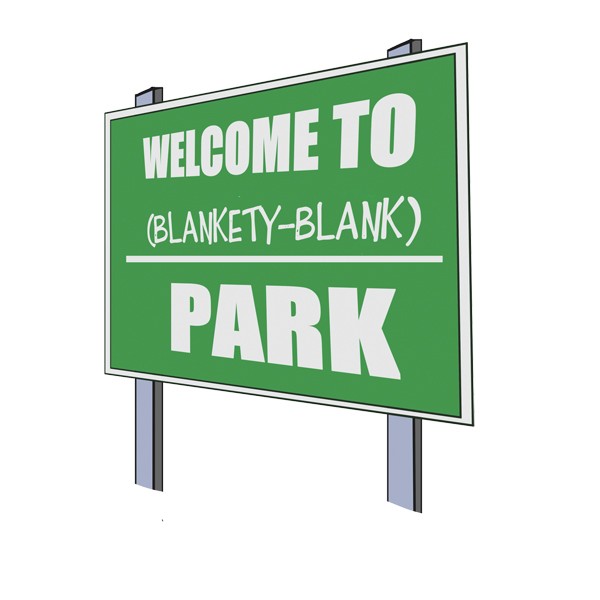 Oklahoma City recently announced the top five suggestions for the name of a new park planned for downtown.

In an online video, Mayor Mick Cornett announced the city would open naming rights for the MAPS-funded public recreation space. One of the few stipulations was that it couldn’t be named after a person. Also, via the city’s official Twitter account, Parky McParkface will not be considered. But the city will consider naming it Kendrick Parkins — we hope.

We’re sure you’re now wondering what top suggestions have been received so far. We sure are.

We guess these names are fine.

But none of them fit the high bar for creativity we expect here at Chicken-Fried News. Naming a park is kind of like getting a tattoo for your city. It will be around us for a long time, so it should be something that represents something meaningful or heartwarming or funny — like, maybe, Report Your Online Sales Tax Park, or Don’t Let This Nice Green Patch of Grass Distract You From the Fact That Climate Change Is Real Park.

Hmm … too practical? And the second one might not age well. How about a name that memorializes something we all love, like colossal onion burgers?

We can hear it now:

Jill: “Oh, you know, just the usual. I ran a few laps around the ole Mother Tucker.”

Trust us; it will be a hit on the internet.