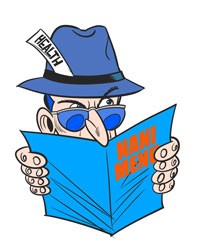 The grudge match between the Oklahoma State Department of Health and Nani has entered a new realm as the agency recently issued a cease-and-desist order to shut down the supper club — which Nani is both appealing and ignoring.

“The way the law reads in Oklahoma is that if it’s not illegal, then it’s legal,” Whitehorn said. “We’ve asked for clarification on their rules, but they’ve given us no answer.”

Instead, the owners said restaurant inspectors have shown up unannounced and tried to bluff their way in but were turned away. Now they face a $250 daily fine if they continue operating past the 15-day period allowed for an appeal after the cease-and-desist order was filed.

“No matter what happens, we’re not going away,” said Whitehorn.

And, it seems, until the law is settled by a court, neither is the health department.