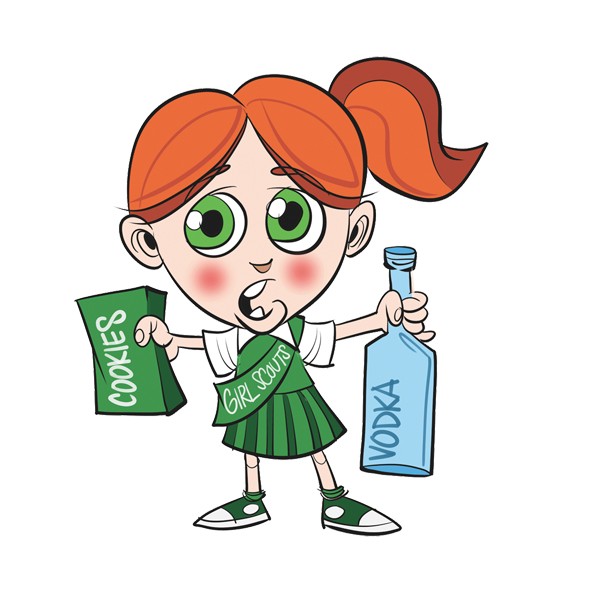 Girl Scout cookies are an important part of modern life. Boxes are hoarded and even hidden because, honestly, nobody really wants to share.

Here at Chicken-Fried News, we always pay for our delicious Girl Scout cookies with money — to our knowledge, that’s the only form of trade the green-vested sales sprites accept.

They’re not really into bartering — it just doesn’t make for very successful fundraising.

Instead of cash, he offered hooch. Instead of cookies, the offer got Swanson arrested.

“He didn’t have anything to say about it, he didn’t even know what they were talking about,” Ingle told KXII. “He was unsteady on his feet and basically had to place him in the police car and barely able to walk.”