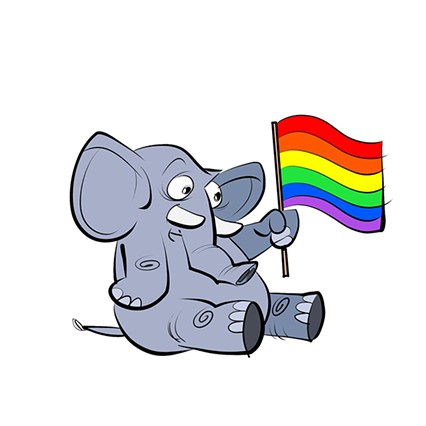 The Oklahoma Republican Party hasn’t been an ally to the state’s LGBTQ+ community over the years, which was again highlighted in the most recent session as the GOP-controlled Legislature put a law into effect allowing faith-based adoption agencies to deny prospective parents based on their religious beliefs.

Oklahoma County Republicans inquired about space in the upcoming Pride parade, which is akin to extending an olive branch that is burning on one end.

The GOP was denied entry, but not because of political reasons; they simply applied too late in the process, and the parade route was full, OKC Pride president Lori Honeycutt told News 9.

In a later Facebook post, Honeycutt clarified that the Democratic Party and a few other nonprofit organizations were denied entry for the same reason, but that didn’t stop News 9 from only mentioning the GOP snub, even in its online story.

“We wanted to reach out to them because they felt that Republicans at 23rd and Lincoln have done them injustice this year,” Ward told News 9.

If you replace “this year” with “like, forever,” it would be even more accurate.

Honeycutt offered the county GOP an opportunity to set up a booth at the Pride Festival, but according to her Facebook post, the offer was declined.

For the party that loves to call other people “snowflakes,” they are sure quick to point out every time there is a perceived slight.