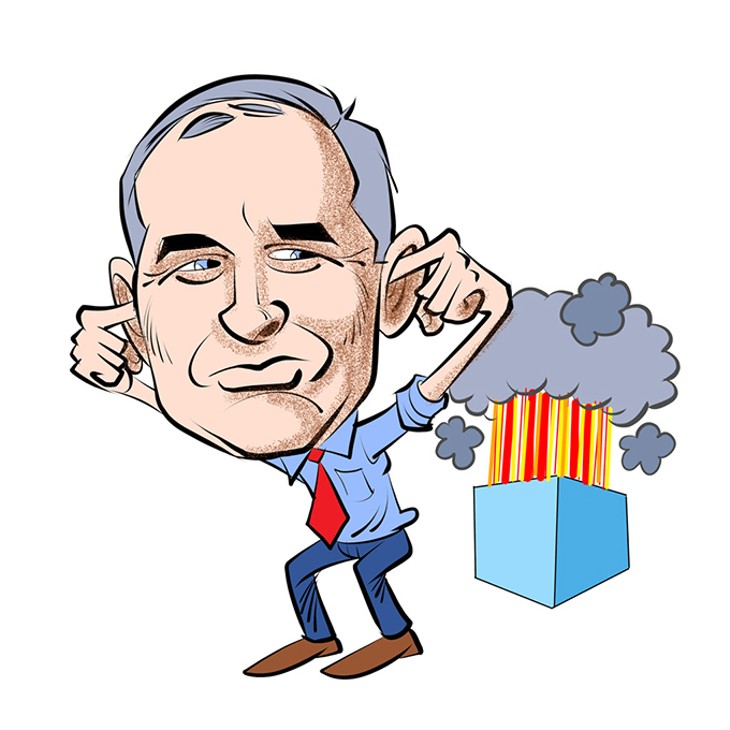 With all the awful stories about Scott Pruitt’s paranoia, venality and extravagance, sometimes his horrible polices get swept aside. To paint a proper picture of just how terrible the current Environmental “Protection” Agency’s administrator is at actually protecting the environment, let Chicken-Fried News take you back five years to an awful day in a little town everyone passes through on the way to Austin.

On April 17, 2013, an ammonium nitrate explosion detonated at the West Fertilizer Company’s storage and distribution site in West, Texas, a small town about 18 miles north of Waco. This explosion killed 15 people, injured more than 160 residents and destroyed or damaged upward of 150 buildings in a town that wasn’t exactly swelling with either population or structures.

In the aftermath, the EPA (no ironic quotation marks around the P at the time) instituted new safety rules surrounding refineries, chemical plants and places like fertilizer facilities that house notoriously unstable material. This is what is known as good governance, but unfortunately, this is also known as regulation and — oh, snap! — the new rules were put into place under President Barack Obama.

So, on May 17, Pruitt fulfilled part of his mandate for a literally scorched earth policy toward Obama-era regulation and did away with those rules, according to Associated Press. Now, people who live near such facilities will not be able to obtain essential information about what is being processed at those sites.

Here at CFN, we know how dangerous ammonium nitrate can be under the wrong conditions or in the wrong hands. In fact, Oklahoma City knows the devastating power of that compound all too well. But Pruitt, our state’s former attorney general, is all too willing to ignore that.