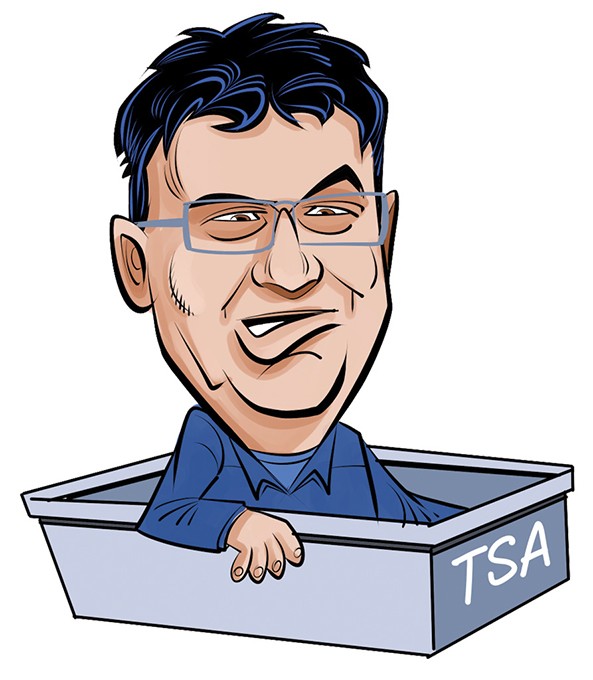 Everyone’s heard the saying “You can look, but you can’t touch.” While that phrase is commonly heard around strip clubs and museums, it’s not heard at airport security lines. In fact, federal Transportation Security Administration (TSA) agents look and touch. For instance, all Chicken-Fried News reporters can recount similar encounters with TSA agents after their flagged carry-on bags were searched and produced a regular-sized sunscreen bottle. (We’ve pleaded to save the Coppertone. Doesn’t anyone care that redheads get melanoma more frequently?)

According to a federal lawsuit, in 2015, Iron Rope went through security at the San Antonio International Airport. Iron Rope, who traveled with a gourd rattle, a staff, an eagle feather, an eagle-bone whistle and a feather fan — all religious items, alerted TSA agents of fragile religious items in his carry-on bag. Further, he asked agents not to touch them, as members of the church believe spiritual energy is preserved within certain religious items and can only be handled by followers, according to NewsOK.com.

TSA’s actions resulted in Iron Rope filing the lawsuit in which he claimed a violation of the Religious Freedom Restoration Act and his Fourth Amendment (unreasonable search and seizure) and Fifth Amendment (equal protection) rights were violated.

In January, a settlement was reached. Under the agreement beginning later this month, TSA officials at Will Rogers World Airport and four other American airports must avoid touching religious objects. Also, religious objects must be placed in bins without other items, NewsOK reported.

Further, the legal settlement requires TSA to work with Iron Rope and church members to produce an education video to explain the new guidelines.

Chicken-Fried News is hoping for a reenactment video in which one TSA agent yells “No touching!” just as a rookie TSA agent moves their hand toward religious objects. We think TSA should binge-watch Arrested Development on Netflix and pay particularly close attention to the prison scenes with George Bluth and his family. Maybe, just maybe, Ron Howard will be available to serve as the narrator. He does have Oklahoma ties!