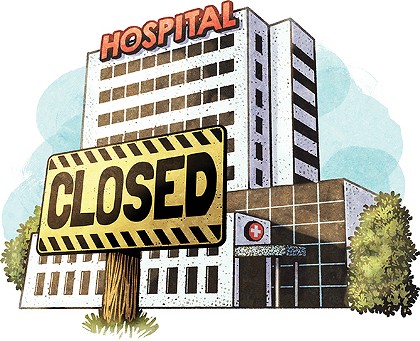 State Question 802 would allow voters to decide whether Oklahoma will finally accept the Medicaid expansion authorized by the Affordable Care Act, aka Obamacare, but in order to get it on the ballot in 2020, organizers have until 5 p.m. Oct. 28 to collect 177,958 signatures from registered Oklahoma voters. If a number close to 200,000 sounds familiar, it’s probably because that’s about how many people would gain access to Medicaid under the expansion, according to a study commissioned by Oklahoma Health Care Authority.

Announcing in 2012 that Oklahoma would refuse the Medicaid expansion, potentially worth billions of dollars of federal funding, Gov. Mary Fallin predicted that the expansion, as part of much-vilified Obamacare, would “in fact decrease the quality of health care across the United States.”

In the years since, one thing has noticeably decreased in states that accepted the Medicaid expansion: the number of uninsured people. Meanwhile, Oklahoma, where the uninsured rate is the second-highest in the nation and nearly twice that of states that have accepted the expansion, has seen a significant decrease in the number of rural hospitals that remain open. According to The Cecil G. Sheps Center for Health Services Research, seven rural Oklahoma hospitals have closed since 2012, most recently Mercy Hospital El Reno in April. According to a report released by GateHouse Media in July, 77 of the 106 rural hospitals that closed in the past decade were located in the 14 states that have refused the Medicaid expansion.

“A hospital closure is a frightening thing for a small town,” said Patti Davis, president of Oklahoma Hospital Association, in a quote that doesn’t seem to have made its way into the pages of GateHouse-owned Oklahoman. “It places lives in jeopardy and has a domino effect on the community.”

In an interview with NPR last year, Davis also noted that states that “have found ways to accept these federal funds, they are moving forward, their hospitals are in better shape because of it.”

In related news, the 2019 KIDS COUNT Data Book released by The Annie E. Casey Foundation recently ranked Oklahoma 43rd in the U.S. in children’s health. But at least we can still say “Thanks, Obama” ironically.