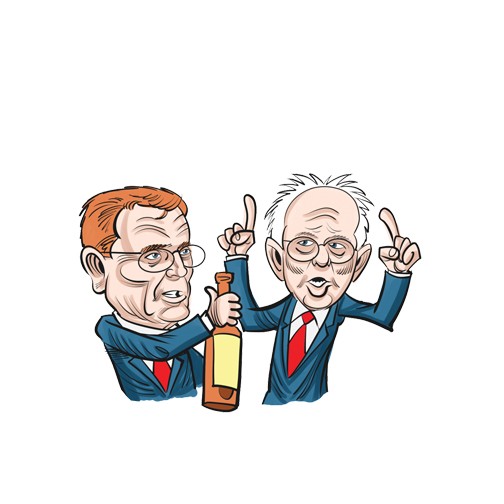 Sen. Bernie Sanders is a democratic socialist with presidential ambitions who wants to send everyone to college for free. U.S. Sen. Jim Inhofe, R-Tulsa, is a staunch conservative who thinks mankind plays little role in climate change.

And apparently they are pretty good friends.

Don’t look for a whole lot of bipartisan legislation to come from these polar opposites, but it’s kind of heartening to hear that Bernie and Jim can put aside politics for a while and just be bros.

“[Inhofe is] really, really conservative,” Sanders said during the March 13 Democratic presidential debate. “But you know what? He is a decent guy and I like him, and he and I are friends. You find the fact that just because you have very significant political differences doesn’t mean to say you can’t develop friendships with good people.”

We at Oklahoma Gazette might throw snowballs at our hotheaded senator on occasion, but it’s nice to think we could probably get along with Jim over a tall glass of bourbon as long as we only talked about riding horses and how deep the Thunder will make it into the postseason.