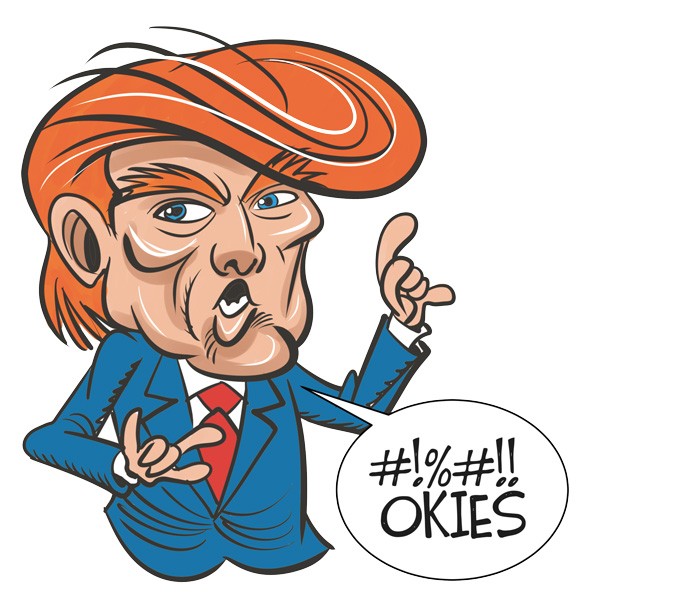 “Okie” was once a word used to describe a lot of things, namely “thieving migrant workers that come to take jobs, screw our women and murder our children,” or something to that effect.

Esther Cepeda’s syndicated column, which ran on ChicoER.com, examined the term, quoting John Steinbeck’s The Grapes of Wrath, to explain that current anti-immigrant angst is stoked by economic fears, not racism.

Cepeda likened the current hostility toward Hispanic immigrants to the views on Okies during the Great Depression.

“Whites being treated as if they were nonwhite,” Cepeda quoted literature professor William Conlogue.

Cepeda said that fear and hatred seem to be cyclical and in tandem with the economy.

Luckily for everyone, except maybe Donald Trump, Cepeda claimed that anti-immigrant sentiment will “ebb, as it always does, when the economy finds itself on more stable ground” and — ahem — when oil prices start to climb back up.