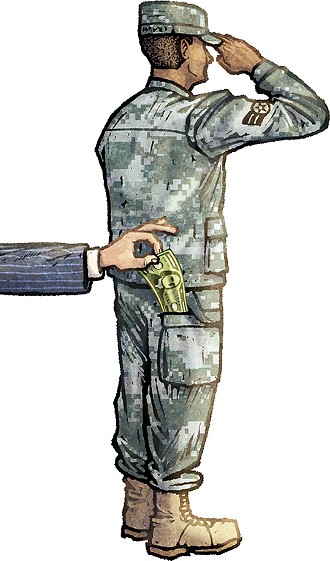 Oklahoma’s very own three stooges already forgot Mexico was supposed to pay for president Donald Trump’s border wall. But who can blame them? It’s not like Trump tweets about the southern border all the time or anything.

In a press release, Sens. James Lankford and Jim Inhofe, along with congressman Kevin Hern, said it was OK that president Donald Trump’s administration take $8 million from an Oklahoma military base to fund the border wall.

The $8 million previously earmarked for “small-arms firing range” at Oklahoma Air National Guard base in Tulsa will instead be used for “new and replacement barriers,” according to Tulsa World. That figure is part of a larger redirection of funds from military construction projects nationwide. In total, $3.6 billion will be used to build “175 more miles of wall,” according to The Washington Post.

“I didn’t need to do this, but I’d rather do it much faster,” Trump said earlier this year. “I just want to get it done faster, that’s all.”

In the press release, Lankford, Inhofe and Kern affirmed their support of the president literally taking money from Oklahoma’s military.

“Not one of the vital national security projects in Oklahoma will be impacted by this decision. Additionally, I will continue to work with the Oklahoma National Guard and Major General [Michael] Thompson to ensure that the small arms range is still completed on schedule,” Inhofe said, which is funny because he tweeted Aug. 24, “The number one thing we should be doing in Congress is making sure our military can defend America.”

Remember this when next year’s elections rolls around.