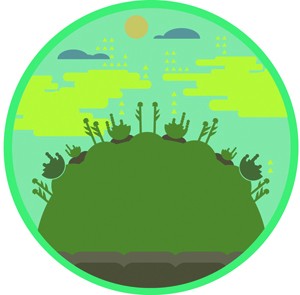 Don McGehee, who owns D&H Farms, said the farm will soon celebrate its 100th anniversary. This year, the cake’s candles won’t light, the hired clown is passed out and all the metal foil balloons are flat.

Most of his crop is gone or can’t be sold. Around 200 plum trees and several blackberry bushes are dead, and McGehee can no longer classify his crops as organic because Canadian Valley Electric Cooperative allegedly had someone spray his property with herbicide.

Until this incident, he claims, the farm has been chemical-free.

“That’s all gone,” McGehee told KOCO.com. “The legacy of this farm has been destroyed.”

He also claims that he has lost more than $140,000 in the debacle. The Oklahoma Department of Agriculture, Food and Forestry is looking into the incident, as McGehee said he signed an agreement with the cooperative allowing him to cut any growth that might interfere with power lines, which means that this mass kill and crop ruination wasn’t part of the deal.

The bright side? He expects his crops to come back — in at least three years.