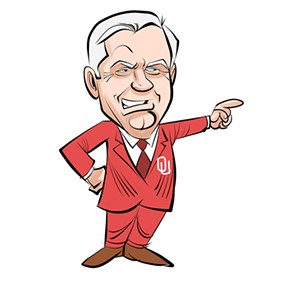 You can take the man out of the Legislature, but you can’t take the lawmaker out of the man; at least, if the audit performed by University of Oklahoma against former chief diversity officer Jabar Shumate, who also served as a state representative and senator, is to be believed.

On July 25, Shumate announced his resignation from his OU position. He claims he was forced to resign and characterized the incident, Supreme Court Justice Clarence Thomas-style, as a  “high-tech lynching.” He also warned that the university would attack his character and make “slanderous” accusations.

It’s always a bad sign when someone resigns disgracefully and begins to sling mud at his former employer, and his mud doesn’t appear to be sticking.

OU alleges that Shumate violated state law and university policy for using a university-issued 2016 Chevy Tahoe for personal trips, parked the truck at his home on more than 100 occasions over one year and took it to Tulsa to visit family over holidays.

It’s hard for Shumate to plead ignorance since he voted for the law that bans such behavior by employees of public institutions while he was in the state House of Representatives in 2005.

Shumate, who is African-American, was hired by former OU President David Boren in the wake of a 2015 scandal at Sigma Alpha Epsilon in which members were taped leading a racist song and using epithets. The fraternity was banned from campus and two students were expelled.

Shumate’s office was located in the former SAE house, and he claimed that his firing came after his office would have to be relocated because the disgraced fraternity was returning to campus.

Both the university and the national SAE chapter told OU Daily that there are no plans for the fraternity to return, let alone in the office of diversity’s building.

The office of diversity is an important one of the university, and hopefully new president James Gallogly doesn’t appoint another former state Legislator in that position.