Chicken-Fried News: Out of tune 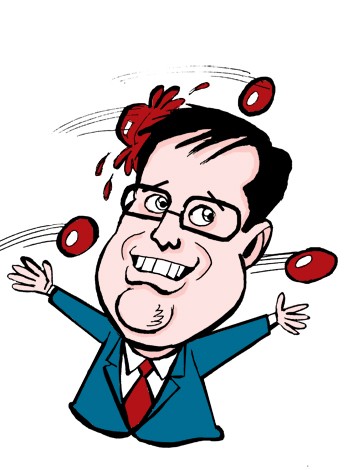 You know Harper and Greer and Kingfisher and Stephens,

You know Pottawatomie and Logan

and Latimer and Johnston ...

The Superintendent Restructuring Act sounds like a headache for Oklahoma County. However, it doesn’t sound any better for friends in Cleveland County. They have Moore, Norman, Noble, Lexington, Little Axe and Robin Hill school districts.

Would it be any easier in the Enid senator’s home county of Garfield? They have Chisholm, Covington-Douglas, Drummond, Enid, Garber, Kremlin-Hillsdale, Pioneer-Pleasant Vale and Waukomis.

Anderson can keep singing, but tomatoes might be thrown.

Print headline: Out of tune