Chicken-Fried News: Over it 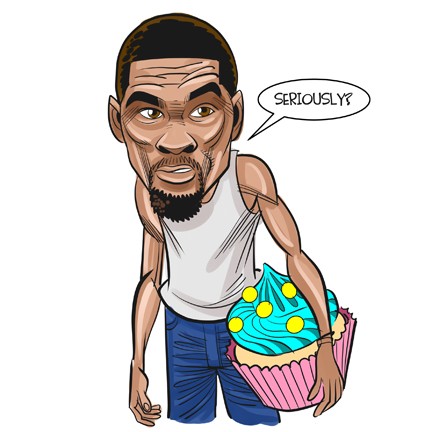 Kevin Durant dumped Oklahoma City this summer to join the Golden State Warriors. So why does he still talk about it?

Like an ex who just won’t get over it, the former Oklahoma City Thunder basketball star couldn’t help but talk smack to Rolling Stone in the magazine’s Oct. 19 cover story.

“It felt like that whole thing was set up for me to leave, especially after they blew a lead in the finals, because I damn sure wasn’t going there if they’d won,” he told the magazine. “But after Game Seven, I called up my agent and said, ‘Damn, dude, Golden State — what if?’”

She said her son told her, “Mama, I can’t do it anymore. They’re not in this thing with me, we’re not together like we were — I feel like I need something different,” the magazine reported.

And he got it. He signed a two-year, $54.3 million deal with the Oakland, California-based Warriors.

But we won’t gloat. After all, Oklahoma City is totally over KD.

Print headline: Over it