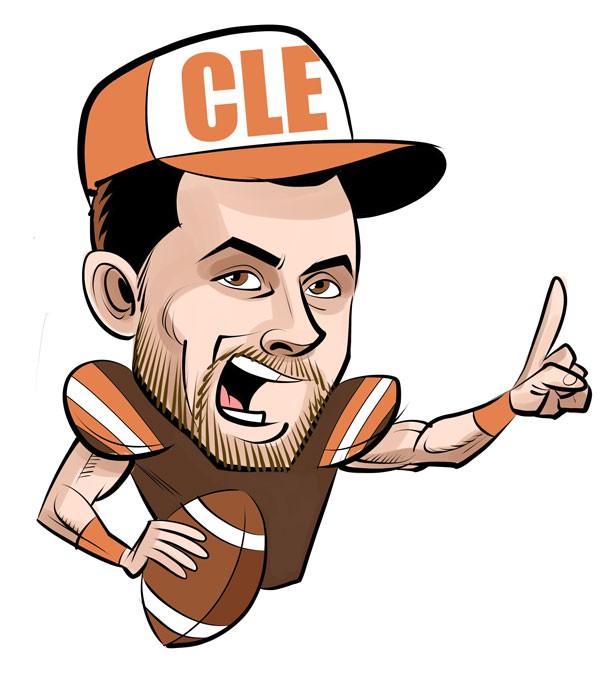 Seven months ago, Baker Mayfield was brazenly planting a University of Oklahoma (OU) flag onto the Ohio State University football field, making himself an enemy of the Buckeye State. Now the OU Heisman Trophy winner is returning to Ohio as Cleveland’s next great hope.

Mayfield was drafted No. 1 overall by the Cleveland Browns in late April’s National Football League (NFL) draft. Though no big-name prognosticators pegged Mayfield as the top pick in the weeks leading up to the annual player draft, the selection was only a mild surprise as word of the Browns’ preference spread in the 24 hours before the event began.

Congrats to Mayfield, but it has to be bittersweet taking on professional sports’ most hexed job.

That is to say every starting quarterback the Browns have had since re-entering the NFL in 1999. For comparison’s sake, the Green Bay Packers and New England Patriots have only had two main starters since then. Heck, there have only been four U.S. presidents since that time, and they’re required to reapply every four years.

Will Mayfield finally be able to bring a little consistency — or even a few wins — to the Cleveland Browns? No one is more confident than the former OU quarterback. In March, Mayfield told reporters at the NFL’s draft combine that he could turn the team around if given the chance.

“If anybody is going to turn that franchise around, it would be me and put it in the right direction,” he said. “They’re close. They’re very close. They have the right pieces. I think they just need that one guy, a quarterback to make that difference.”

There seemed to be no limit to what Mayfield could do as the starting quarterback at OU. But turning around pro football’s version of the Bad News Bears might be his biggest challenge yet.