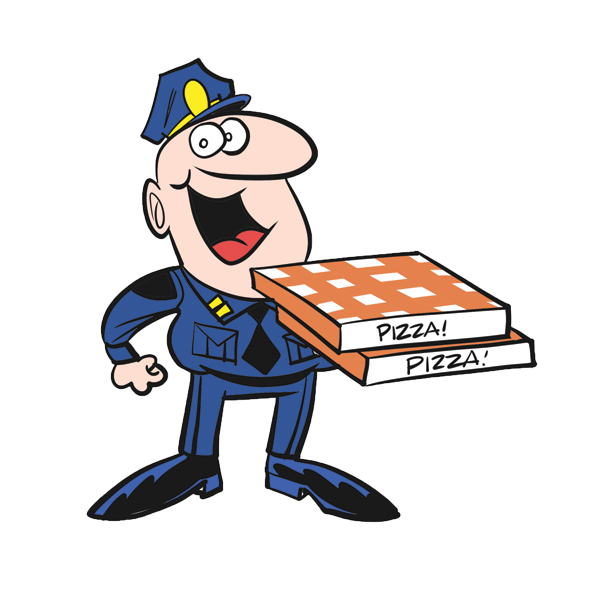 The key to a successful standoff? One might guess patience. Teamwork, maybe. But pizza? It certainly can’t hurt.

Watching local police outside in the cold for hours waiting to retrieve a man with an existing warrant, 4-year-old Oklahoma City resident Colt Vinson thought maybe they could use some warming up.

Colt shared his idea with his mom, who promptly alerted Domino’s and ordered five pies. And 7-Eleven gifted 52 cups of coffee to the men in uniform.

In an adult word full of conflicting motives, leave it to a preschooler to remind everyone of the one true prize: a garlicky crust baked around hot cheese and sauce.

However, this kid might be even more than a Samaritan.

Criminal or not, who can resist the wafting smell of a freshly baked pie? Pepperoni can be the cure for the hangriest crooks.

Even mobsters knew to make time for pizza.

It’s a wonder the man didn’t come out with his paper plate up.

Other foods have inspired crime. Hamburglar and Trix Rabbit are two notable examples. Jay Bush works tirelessly to defend the secrecy of his family’s bean recipe against Duke, his own wickedly intelligent golden retriever.

But pizza was made to be shared with classmates, colleagues and overworked cops in the cold.