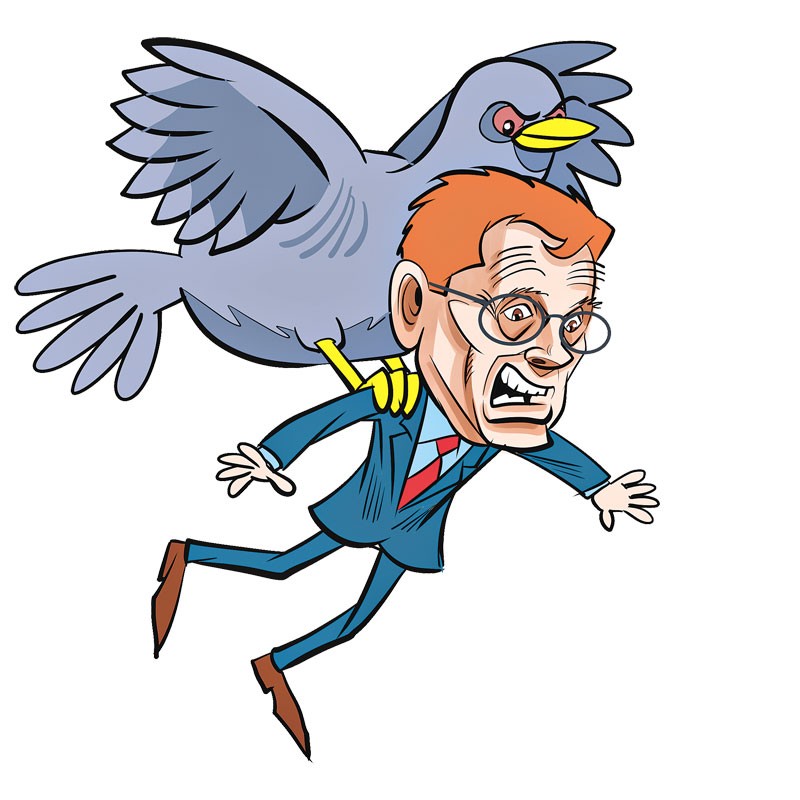 It’s well known that friends — and big-time financial backers — of U.S. Sen. Jim Inhofe, R-Tulsa, like to go out into rural Oklahoma, throw live pigeons into the air, take aim and write checks to one of Congress’ most senior members.

Following the 2014 fundraiser, critics should have looked beyond the pigeons in the air and looked down at the dirt, which was good old, All-American public land owned by the U.S. of A.

Nearly 80 years ago, the Hatch Act was put on the federal books to prohibit the use of public funds for electoral purposes.

Last month, the U.S. Office of Special Counsel ruled that Tom Buchanan “inadvertently violated the Hatch Act” when he organized the 2014 hunt on federally owned and managed land at the Lugert-Altus Irrigation District in Jackson County, NewsOK.com reported.

Who is Buchanan? Why does his name sound familiar?

Buchanan wears many hats in Oklahoma, including that of president of the Oklahoma Farm Bureau. He is also a member of the Oklahoma Water Resources Board, which is appointed by the governor, and general manager of a southwest Oklahoma irrigation district, the Lugert-Altus Irrigation District.

Given his position with the irrigation district, Buchanan had access to the land and had a party to plan.

Perhaps permission and the possibility of violating federal law slipped his mind.

“Mr. Buchanan did not obtain permission to use this federal land for the campaign event,” wrote Erica Hamrick, deputy chief of the Hatch Act Unit, NewsOK reported. “And in order for vehicles to enter the property, a bar gate must be unlocked and moved. OSC [U.S. Office of Special Counsel] confirmed that only district employees are permitted and able to open the gate and that Mr. Buchanan was the one who unlocked and opened the gate for participants in the 2014 campaign event.”

Hamrick also wrote, “OSC found no evidence that his violation of the Hatch Act was knowing or willful.”

Evidence schmevidence said the group Showing Animals Respect and Kindness (SHARK), which has raised its voice on Inhofe’s pigeon shooting. In a news release, the organization was less concerned about Buchanan and more concerned about Inhofe (the elected federal official going on 30 years now).

“Senator Inhofe knowingly violated federal law, yet he has never been held accountable,” SHARK President Steve Hindi said in a press statement. “It is disturbing that because he is a powerful politician, no policing authority is willing to investigate him. Local, county and state law enforcement has refused to respond to Inhofe supporters who commit crimes. Even the FBI refused to take action.”