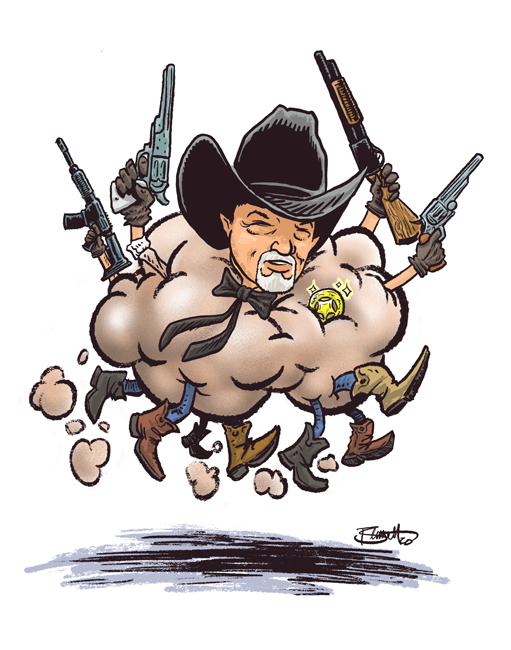 At a time when citizens are demanding more training and accountability from their law enforcement, Canadian County Sheriff Chris West announced open applications for his all-volunteer “sheriff’s posse.”

Nothing could be more tone-deaf than calling for a return to Wild West tropes during a time when Black people are demanding that they stop being murdered by vigilante yahoos like those who hunted and shot Ahmaud Arbery in February in Georgia.

Better yet, West has announced that absolutely no military or policing experience is required; just the desire “to answer the call to aid in safeguarding lives and property and the Constitutional Rights of innocent, law-abiding citizens,” whatever that means.

West hung up his Oklahoma Highway Patrol brownshirt in order to campaign for sheriff. He regularly appears in a paisley vest and a Western bowtie and sporting white facial hair reminiscent of a certain Kentucky chicken chain founder. But with ideas like these, maybe he would be better suited dressing like another fast-food mascot, one who wears big, red shoes with yellow laces.